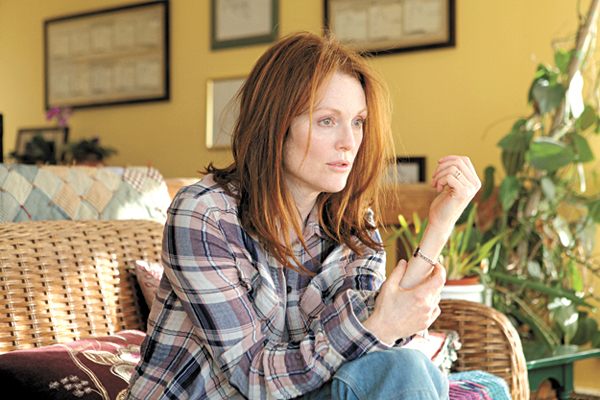 Movies that portray a person going through a terminal illness are not quite new to viewers these days, but the storyline of “Still Alice”, based on Lisa Genova’s best-selling 2007 novel of the same name, gained much attention.

It depicts a woman who is diagnosed with early-onset Alzheimer’s. Alice, played by Julianne Moore, is a respected linguistics professor and a mother of three children, played by Kristen Stewart, Kate Bosworth and Hunter Parrish. Alec Baldwin plays the role of her husband, John.

This film focuses not just on the patient suffering all alone with pain and loneliness, it also shows how her family copes with the situation in their own believable ways.

Moore won her first Academy Award for Best Actress after securing a Golden Globe, Screen Actors Guild Award and Bafta for her role as Alice in this film.

This film follows the story of a girl (Kim Go-eun) who was found in a coin locker and raised by a loan shark mob boss named Eomma (Kim Hye-soo), which means “mother” in Korean.

A top actress in Korea, Kim Hye-soo received a lot of press attention for her astonishing makeover in this film after she was given a big belly, gray hair and bad skin. Her character is a cruel woman who never hesitates to kill anyone found to be useless.

Kim Go-eun, one of the most promising Korean actresses in her 20s, plays Il-Young, who never doubted Eomma before she met Seouk-Hyun (Park Bo-geom), whose way of living is totally different from hers.

This film has also sparked interest because two actresses are in the leading roles, which is unusual for a noir film.

The harmony that rising star Kim Go-eun and veteran Kim Hye-soo have in this female-driven film has garnered much attention. 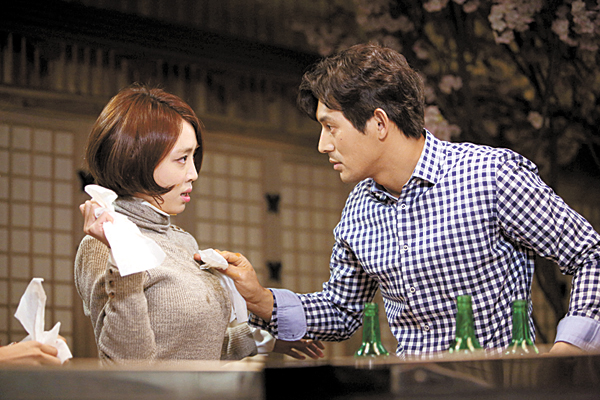 Wang, who is good-looking and gentle, is loved by all his female patients, but always grapples with relationships in real life. Gil is a seemingly perfect woman and an expert on men’s bodies but also fails in dating every time.

The comedy in the film comes from the two romantically challenged people constantly bumping into each other in embarrassing situations after Wang moves into Gil’s apartment building.

Those who have longed for a lightweight love story would be wise to check out this film as the chemistry between the two main leads seems quite remarkable, even in the trailer.

Also Kang, who majored in Vocal Music at Hanyang University proves her talent at singing by participating in the OST for the film.

The second and final part of the “Parasyte” live-action films continues the plot of the first installment, which was adapted from the famous Japanese manga “Parasyte.”

If you have watched “Parasyte: Part 1”, you can easily follow the story behind the second part. The film is set in Tokyo, where aliens invade human brains and take control of people’s bodies.

But one of the worm-like aliens fails to enter the brain of Shinichi Izumi (Shota Sometani) because it is blocked by his headphones. Instead it ends up residing in his right hand. He calls it Migi and the two struggle against one another.

“Parasyte: Part 2” focuses on the two as they fight Goto (Tadanobu Asano).

Goto, a combination of five parasites that switch positions, each forming different limbs, appears to be Shinichi’s deadliest enemy.

Throughout the film, the parasites kill humans and the humans kill parasites in return. Uragami (Arai Hirofumi), a killer, is brought in by the military to wipe out the organized parasites.

The situation inevitably slides back into an all-out war between humans and parasites, and Shinichi and Migi have no choice but to throw themselves into battle.

The documentary feature “An Omnivorous Family’s Dilemma” depicts the story of when its director, Hwang Yun, witnesses hundreds of pigs being crushed and buried alive in a neighborhood farm after FMD (foot-and-mouth disease) spread across Korea.

She suddenly realizes she has never seen a real pig before and decides to go to meet a hog farmer who raises the animals in a traditional way.

Narrated by Hwang herself, the film vividly shows the lives of mother pigs confined to ridiculously tiny cages in which they eat and sleep, are artificially inseminated to later rear young and ultimately die.

Hwang approaches the issue not only as an animal rights activist but also as a wife, mother and Korean citizen.

She focuses on her family, employing scenes in which her son and herself learn the basics of pig farming and struggle to eat pork cutlets, which they used to enjoy.

As she begins to have an emotional bond with pigs and becomes aware of the process of pig farming, it becomes harder and harder to allow meat in her family’s diet.

This film is a sequel to “Meet the In-Laws” which was a huge hit in 2011 for its gripping story of two very different families meeting for their son and daughter’s marriage. 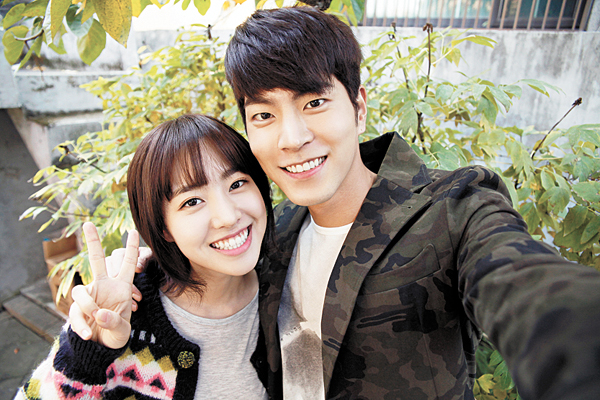 Hong is a model-turned-actor who got famous from the TV show “We Got Married,” and Jin is a famous actress in Korea who is best known for the drama “Bridal Mask”.

“I thought that Hong had talent and am so satisfied with his performance in this film,” said the director during the press conference for the movie.

Yeong-hee, played by Jin, comes from a police family while Cheol-soo, played by Hong, is the only son of a mob clan. Yeong-hee has been supporting her boyfriend Cheol-soo for seven years to help him get through the police. The two declare their intention to get married but both families disapprove and the battle between the rival factions begins.

Can this couple ever survive and succeed in getting married?