Investors in Korea bullish on China in 2014

Investors in Korea bullish on China in 2014 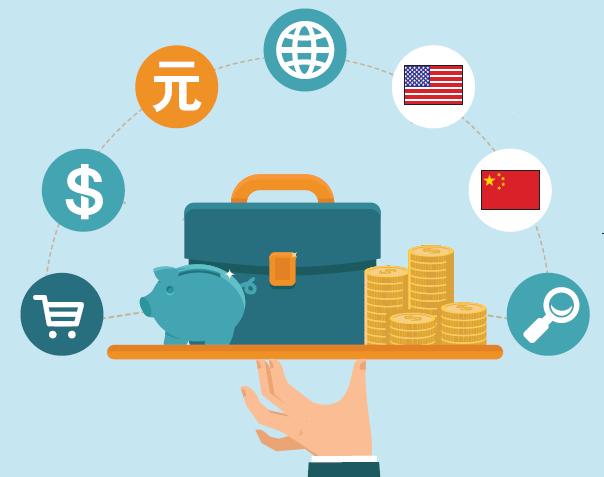 Korean overseas investment last year turned out to be heavily concentrated in the United States and China.

Investment in China has been growing especially rapidly in recent years and for the first time China is the second-largest recipient of Korean investment, surpassing Europe.

The United States remained the No.1 destination for Korean investors, attracting $173.6 billion, or 24.2 percent of the total investment overseas. That was an increase of 19 percent compared to $14.1 billion the previous year. 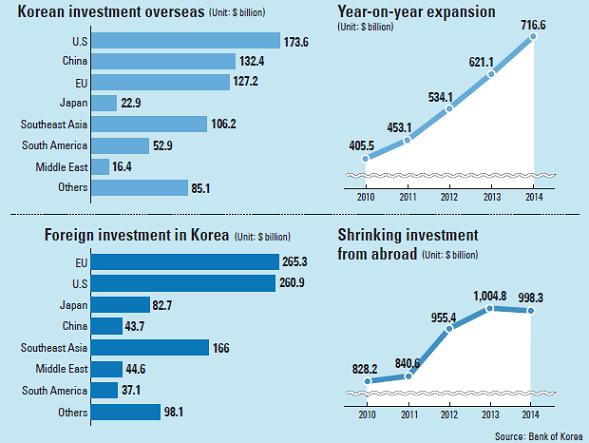 In 2013, China ranked as the third most popular country for Korean investment with a 17.5 percent share, while investment in Europe ranked second at 18.3 percent.

Now the tables have turned. Investment in China last year accounted for 18.5 percent of the total, while investment in the EU was 17.7 percent, or $127.2 billion.

According to the Korean central bank, the trend toward putting more money into China was aided by the capital market opening further to foreign stock investors last year.

Additionally, investments in other areas, including the Chinese yuan and deposits, also increased. In the first quarter of last year, the Chinese government eased regulations that had limited the participation of foreign investors in the Shanghai stock exchange, the country’s main bourse.

One of the relaxed regulations allows foreigners to own stakes of as much as 30 percent in a single company. Previously, the cap for foreign investors was 20 percent.

Although direct investments still represented a majority of the investments that Koreans made in China, investments in stocks and bonds rose compared to the previous year.

Koreans made $69.6 billion in direct investments in China, which accounted for 52.5 percent of the total. This was a 21 percent increase year-on-year.

Investment in stocks and bonds, which accounted for 8.2 percent of total investment, saw sharper growth during the same period, jumping 28.4 percent from the previous year to $10.9 billion.

In particular, there was a significant surge in bond investments. Stock investments saw a 9 percent increase from $7.4 billion the previous year to $8.2 billion, while investments in bonds jumped 85 percent over the same period to $2.7 billion.

Unlike in China, investments in the United States were mostly concentrated in the stock market.

While most developing economies increased investments in Korea, the United States, Japan, Europe and other advanced economies cut back.

However, investments from both the United States and the EU shrank compared to the previous year. U.S. investments were $271.6 billion won, 4 percent less than in 2013. Investments from the EU were down 1.9 percent. Investment from Japan, which accounted for 8.3 percent of the total, shrank from $87.2 billion in 2013 to $82.7 billion.

However, investment by China increased from $35.7 billion to $43.7 billion. China, which accounted for 3.6 percent of total foreign investment in Korea in 2013, was 4.4 percent last year. Investment from Southeast Asia also grew from $163 billion to $166 billion last year.

Chinese investors resembled their U.S. counterparts, with 52.7 percent of investments concentrated in stock and bond purchases.