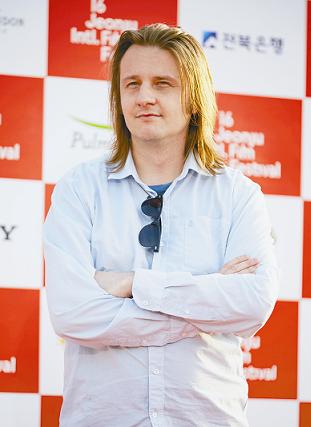 Director Jukka-Pekka Valkeapaa of “They Have Escaped” (2014)

JEONJU, North Jeolla - Finland is known as a cool-weathered country full of birch forests and abundant saunas. However, there is more to the Nordic nation than meets the eye.

Since it was hit by the global financial crisis in 2008, a gloomy and cynical mood has swept Finland, resulting in a spate of youth unemployment, drug abuse and suicide.

Finnish director Jukka-Pekka Valkeapaa wanted to put these struggling young people at the center of his second feature-length movie “They Have Escaped,” which arrived in Korea for the ongoing Jeonju International Film Festival’s international competition sector after traveling to prestigious film festivals in Toronto and Venice, as well as other locations.

“It was so easy for me to see their future, the drug, mental and suicide problems. So I asked myself, ‘would there be another ending possible?’?” said Valkeapaa in a recent interview with the Korea JoongAng Daily in Jeonju, North Jeolla.

“I think the time when Finland’s reputation in the world as a welfare country is getting further away,” he added.

Valkeapaa explained that he also wanted to reflect his own idea of what it is like to live in Finland through the movie.

The film starts within the usual framework of a youth drama where two lost but free-spirited souls Raissa and Joni get to know each other at a halfway house and plot to get away.

Raissa (Roosa Soderholm) is a rebellious girl who wears heavy eye makeup while Joni (Teppo Manner) is a stuttering shy guy who was admitted to the facility because he went AWOL from his military service, which is mandatory in Finland. 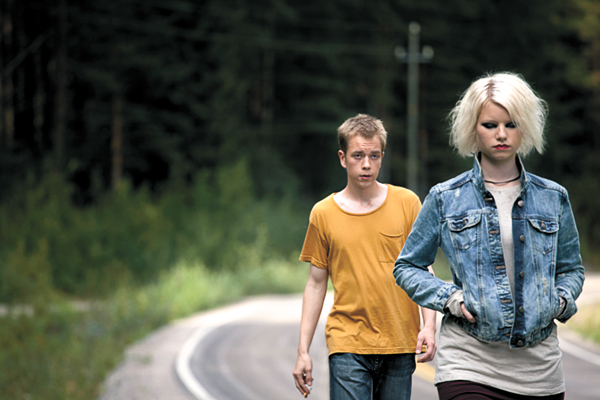 Stills from “They Have Escaped,” in which two teen outcasts Joni (Teppo Manner). Provided by JIFF

However, instead of leading into a typical coming-of-age story, the film shifts into a dark drama, accompanied by a high level of violence that quickens the pace of the story.

“I wanted to make a contemporary Grimm’s Fairy Tale which is extremely violent and dark,” Valkeapaa explained in reference to the reason behind the implementation of the hostile situations the two face on their journey.

“Hostility towards these young people is always present, but it is hidden. I felt they [the violence] need to become visible for them to confront it,” he added.

A fairytale influence is pervasive in the film, as Valkeapaa mentioned, with a stunning scene midway through where the outcast couple runs around the green woods naked, wearing animal masks and skins, resembling a sort of Adam and Eve in paradise.

Valkeapaa took visual reference from many sources but more importantly he said, not worrying too much about “being silly and over-the-top” helped him put together these striking scenes.

The sporadic and abrupt insertion of the nightmare sequences of the protagonists and an eerie soundscape, which Valkeapaa explained was to depict “all kinds of emotion,” reinforce the movie’s fantasy-like features. 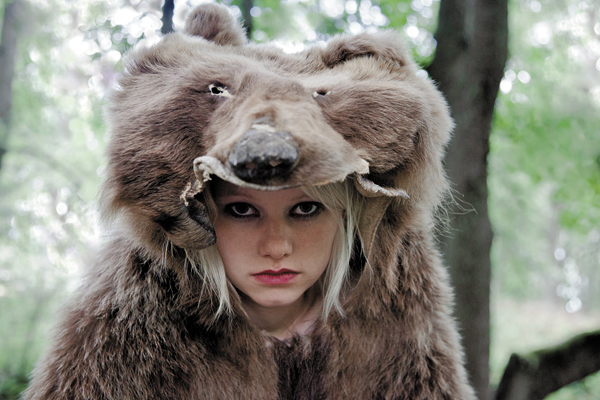 “I wanted to get the impulsive spirit myself and not worry too much,” he said. “It is a film that likes its character very rough on the edges, not very coherent, impulsive and even irritating. But I still hope that it has a heart, too.”

Although Valkeapaa’s main stage has not been in Asia, the Finnish director was in admiration of some movies that came from Korea, especially those made by renowned directors such as Kim Ki-duk, Bong Joon-ho and Park Chan-wook.

“Bong’s films are mixture of several genres and whether they are mainstream or art-house doesn’t matter. I think it is pure cinema. The humor and themes in his films are universal,” he said.

Currently, Valkeapaa is working on a new movie, tentatively titled “Mona,” a quasi-romance where a leading male figure interacts with the spirit of his dead wife.