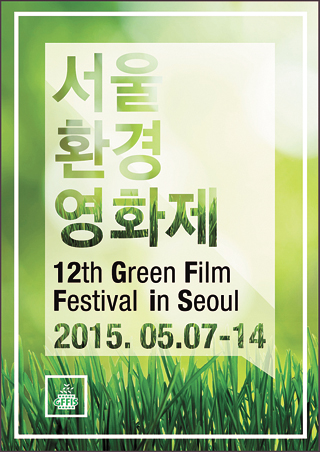 Spring means festival season in Korea, one of which is the 12th annual Green Film Festival in Seoul.

Asia’s biggest environment-related movie festival, designed to raise awareness on global green issues, kicked off Thursday and will include 113 films from 47 countries.

During its weeklong run, the festival will screen films, mostly documentaries, that reflect ongoing environmental problems, such as nuclear waste, urbanization and pollution, in selected venues.

“Over the past 11 years, our festival has raised public awareness on various environmental problems,” said festival director Kim Won in a press release.

“We tried to maintain the basic framework of our festival while adjusting to the changing trends and sentiments among the public,” he added.

It is a compilation of short films made by 11 international directors, reflecting the different impressions each of them felt about the Brazilian city Rio de Janeiro.

Korea’s acclaimed art-house film director Im Sang-soo and Academy Award-winning director Paulo Sorrentino participated in the film, and French actor Vincent Cassel is one of the many actors who makes an appearance.

A total of 19 films - 10 feature-length and nine short - will compete in the festival’s Green Competition categories.

Oh Min-wook’s “A Roar of the Prairie” or “Beomjeon” in Korean, was the only domestic film nominated for the competition.

A special emphasis will be placed on environmental issues going on in Central and South America. Seven movies from the region will be screened in a special session, and problems like poor water management in Mexico City and the deteriorating aquatic ecosystem in Venezuela will be elucidated.

The festival will also include attractions that explore environmental issues off-screen.

At the outdoor venue of the Seoul Museum of History, exhibitions and performances related to environmental problems - and what can be done to solve them - will be offered.

The festival runs until May 14 at selected venues including Cinecube, Indie Space, Seoul Museum of History, and Baseurak Hall of Seoul Citizens Hall.

For more information about the festival, visit www.gffis.org.