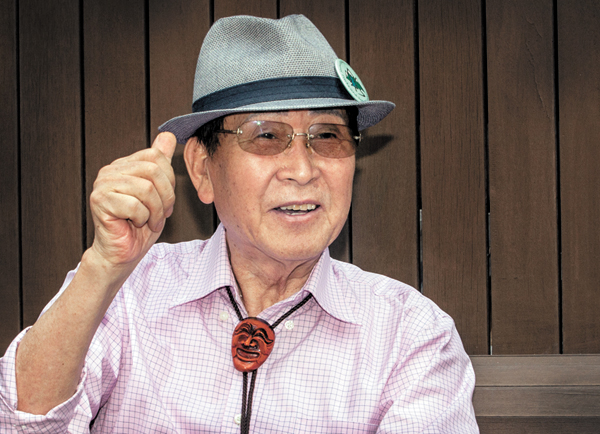 There were a number of coup attempts during the 1990’s against Pyongyang’s regime instigated from within its elite, one of which involved 11 military officials who graduated from the Frunze Military in Moscow, according to a former U.S. spy agency official.

In an interview with the Korea JoongAng Daily on April 28 in Seoul, Michael Yi, a former veteran intelligence analyst who worked for the Central Intelligence Agency for 24 years, said 11 officials who studied together at the university had plotted between 1991 and 1992 to overthrow the Kim Il Sung regime.

But their covert plan was foiled after one of their collaborators, O Kuk-ryol, betrayed them and alerted Kim Jong-il to the situation.

“The 11 officials colluded to empower O as the new leader [of North Korea] through their coup,” the 82-year-old Yi said. “But O turned in all secret information to the security apparatus.”

“After the plan was thwarted, O won utmost trust from Kim Jong-il, while everyone else involved … was executed.”

Yi’s accounts of the coup could not be verified given the absence of official documents detailing the alleged plan, though O later assumed the powerful post of vice chairman of the National Defense Commission.

Drawing from his vast knowledge gathered over more than two decades in the intelligence service, Yi - who retired in 2000 - shared in his interview a number of largely untold stories concerning the reclusive North Korea.

However, he was noticeably careful in selecting his words so as not to compromise the confidentiality of yet-to-be declassified intelligence. He emphasized throughout the interview that he was revealing only what he knew within the limits of the information not considered classified by the U.S. government.

“If you ask me how I knew of such a coup plan, I cannot, and should not, answer you,” he said. “So don’t bother asking me that.”

Regarding other attempts at overthrowing the regime, Yi said there had been another plan forged for a military coup formed in 1995 by high-ranking officials in the 6th Army Corps in Chongjin, North Hamgyong. The former CIA official said a series of thwarted plans for a coup led Kim Jong-il - the late father to current leader Kim Jong-un - to be wary of those around him, including party officials and the security bureau, which resulted in his growing reliance on the military.

According to the Daily NK, an online publication exclusively devoted to North Korean news, the majority of military, party and administrative officials in North Hamgyong were involved in a plan to rebel against the Kim Jong-il regime.

Up to 400 officials and their relatives were punished - considered guilty by association in the aftermath - an estimate that Yi affirmed.

When asked if the Korean government had been aware at the time of such movements in the North, the former official said there was no way to know.

Since his retirement in 2000, Yi, who is currently settled in Alaska, has been a harsh critic of the engagement policy designed to persuade North Korea to come out of isolation through a package of economic aid and cooperation, known as the “Sunshine Policy,” implemented by the Kim Dae-jung and Roh Moo-hyun governments.

Yi recently published a book in Korean entitled, “CIA Agent Michael Yi: Memoirs of Regret,” sharing with readers his experiences over 24 years as an intelligence official, but which is strictly based on declassified information.

Yi emphasized that his knowledge of North Korea following his retirement has all come from open sources, including media reports and studies by policy think tanks, which he said he uses to form his conclusions in addition to the information he gathered while working in intelligence.

When asked about what led Jang Song-thaek to fall from grace and face execution in December 2013, Yi said that Kim Jong-un’s once-powerful uncle had made the mistake of pushing for economic reform when his nephew was still surrounded by those opposed to such changes, which would have challenged their privilege.

“[Jang] tried to reform the North’s economy to focus on people’s livelihoods. … But that effort was what cost him his life. He made one mistake. Though he was an intellectual man, he should [have worked to get rid of those around Kim Jong-un] who had come from the Kim Jong-il circle [before moving to implement reforms in the economy].”

Yi continued that it was not Kim Jong-un who decided to put his uncle on death row - rather, it was those around him “with real power” who opposed a change to the status-quo.

The retired official pointed to four men behind Jang’s purge who he said wield real power in the regime: Hwang Pyong-so, the head of the General Political Bureau of the North Korean Army; Choe Ryong-hae, a secretary for the Workers’ Party; Kim Won-hong, the minister of State Security; and Jo Yon-jun, the first deputy director of the Workers’ Party.

On the 1994 nuclear tug-of-war between Washington and Pyongyang, which nearly prompted the United States to bomb the Yongbyon nuclear reactor to end North Korea’s nuclear development amid the heightened prospect of a full-fledged conflict, Yi admitted that he regretted that the attack was not carried out.

“If we had struck, it would have meant an end to the North Korean regime,” Yi said, emphasizing that North Korea would not have set into motion a full-scale war on the peninsula had the attack been ordered.

“The North would have reacted with limited warfare [not a full-fledged retaliation], such as by firing shells onto Seoul.”

While Yi played down the possibility that Pyongyang would have responded aggressively as part of a pre-emptive strike on its nuclear reactor, tensions in summer 1994 were so high that Washington had even prepared an evacuation plan for its citizens on the peninsula to prepare for the possibility of a worst-case scenario.

Some estimates went so far as to predict a million casualties incurred in the event of a full-scale war 21 years ago.

“I believe [bombing the Yongbyon reactor] would have resulted almost certainly in war,” Robert Gallucci, the U.S. State Department’s point man on Korea in 1994, said in an interview five years later with CNN.