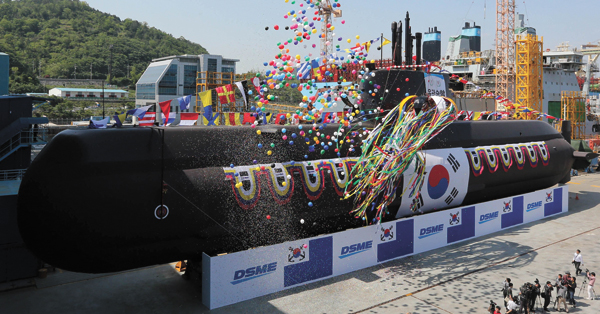 The Korean Navy on Thursday launches its sixth 1,800-ton-class submarine, named after revered female independence fighter Yu Gwan-sun, at a shipyard in Geoje, South Gyeongsang. The vessel is aimed at boosting the military’s underwater warfare capabilities against North Korea. This marks the first time in Korean naval history for any battleship to be named after a woman. By Song Bong-geun