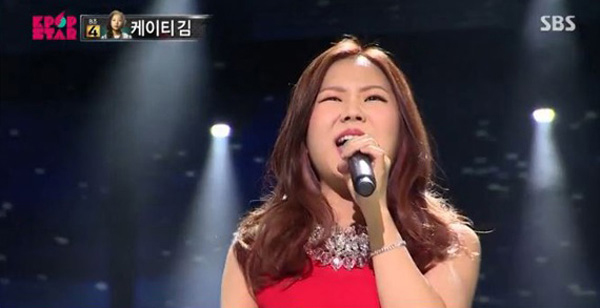 Katie Kim, the winner of the SBS audition program “K-Pop Star 4,” will be the fourth female singer to feature on hip-hop duo Jinusean’s new song “Tell Me One More Time,” which was released as a single in April.
Kim will perform with the hip-hop musicians on Sunday on “The Music Trend,” a Korean music program on SBS.
Each week, a different female singer features on the hip-hop group’s song. Sandara Park of girl group 2NE1, Lee Su-hyun of singing duo Akdong Musician and Hani of girl band EXID have previously featured on Jinusean’s “Tell Me One More Time.”
This will be the first time Kim appears on stage following her win on the survival audition program, which ended April 12.
Kim gained a following on the show due to her soulful voice. During the program, she also mentioned that her favorite YG Entertainment musician was Sean, a member of Jinusean. Kim and Jinusean currently work under the same agency.