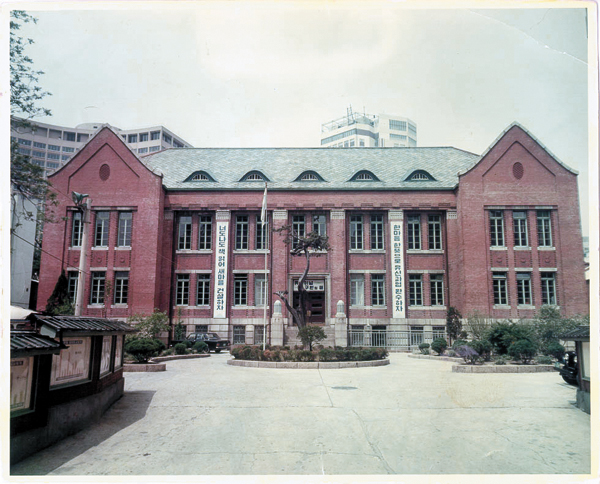 The National Library of Korea was originally built where the Lotte Hotel is now located in Sogong-dong. [JoongAng Ilbo]

The National Library of Korea has become the first institution of its kind in the country to amass 10 million books as part of its collection, its officials announced on Wednesday.

The library has come a long way since its initial years in the early 1920s. It traces its roots to the Library of the Japanese Government-General of Korea, which opened in 1923 during Japan’s colonial rule of Korea between 1910 and 1945.

After Japan surrendered to Allied forces and World War II ended in 1945, however, it reopened as the National Library of Korea. That is why it considers this year to be its 70th anniversary, just like most state-run institutions in Korea.

The library is also the 15th in the world to amass a collection of 10 million books, the officials said. 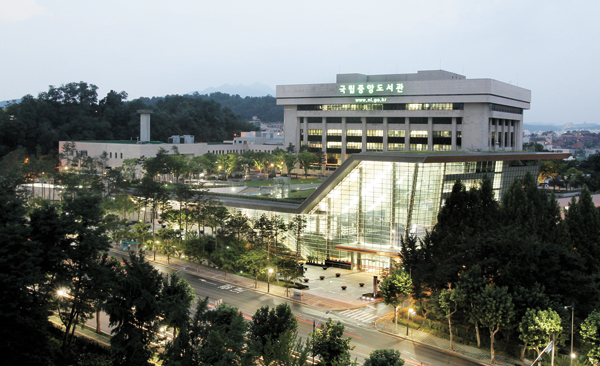 In 1988, the library moved to its current location in Banpo-dong, southern Seoul. Provided by the library. [JoongAng Ilbo]

“The number is similar to the population of Seoul, and when stacked in a line it will be as long as 235 kilometers (146 miles),” director Lim Won-sun told journalists at a press conference. “We hope to speed up our digitalization and mobile service so that anybody can access the 10 million books at our library.”

Lim added that although the library has been working on digitalization for the past several years, it is true that progress is slow.

“The biggest hurdle is the cost,” he acknowledged.

“We are trying to secure a bigger budget by inserting our digitalization project into the content database initiative led by the Ministry of Science, ICT and Future Planning,” an anonymous source within the library said.

So far, the library has digitalized about 456,000 books, about 18 percent of the 2.5 million books it has already cleared the copyright for.

Despite the task ahead, the library has planned a host of events for the coming months in celebration of breaking the 10 million mark, including exhibitions, conferences and musical performances.