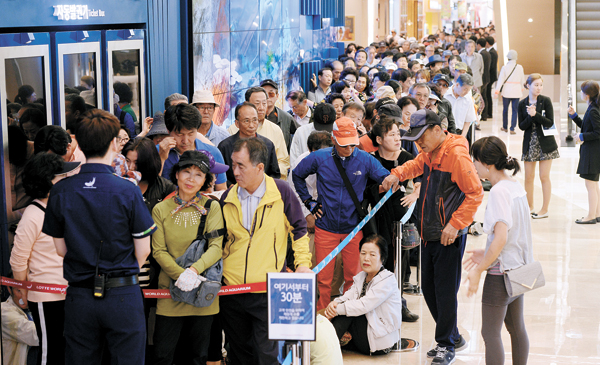 People line up at the entrance of Lotte World Mall in Songpa District, southern Seoul, Sunday. The brand new mall’s aquarium and movie theater were shut down by the Seoul Metropolitan Government in mid-December for safety reasons. Ahead of the official reopening on Tuesday, the company provided free entrance for 7,000 people at the aquarium and 30,000 at the cinema from Saturday to Sunday after passing a safety inspection. The company said about 200,000 people visited during the weekend, about 10 percent more than April’s average.[NEWSIS]