‘Age of Ultron’ stays at top of box office

‘Age of Ultron’ stays at top of box office 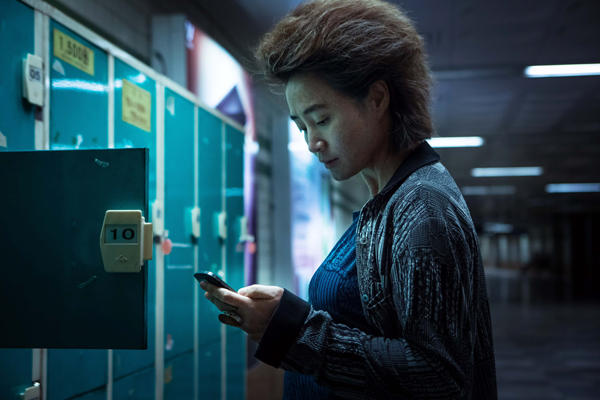 Korean film “Coin Locker Girl,” by new director Han Jun-hee, put two female figures - Kim Hye-soo (pictured in a still from the movie) and Kim Go-eun - in the titular gangster roles, giving an unlikely powerful spin to the noir genre. It gripped onto the second spot in Korea’s box office for the second consecutive week. Provided by CGV Arthouse

The “Age of Ultron’’ is not over. The “Avengers” sequel has topped the Korean box office for the third consecutive week, selling 804,402 tickets during the weekend.

At North American theaters, the Disney and Marvel flick was the winner for the second weekend in a row with an estimated $77.2 million, according to Rentrak estimates Sunday. The film has earned a staggering $312.9 million in just 10 days in theaters, tying with “The Dark Knight’’ to become the second fastest film to achieve this feat.

While a wild success by any measure, the film is still lagging behind the record-setting precedent of 2012’s “The Avengers,’’ which made $103.1 million in its second weekend in theatres and had a domestic total of $373 million at the same point in the cycle.

“Hot Pursuit,’’ meanwhile, failed to make a significant mark in its debut weekend, earning a less-than-impressive $13.3 million in the United States. The Reese Witherspoon and Sofia Vergara buddy comedy, which cost a reported $35 million to produce, was projected to earn at least $18 million out of the gates.

“Critics were very tough on ‘Hot Pursuit,’” said Rentrak’s Senior Media Analyst Paul Dergarabedian. Considering the power of female audiences at the box office, and the frequency of female-driven films to over-perform, the lagging enthusiasm around “Hot Pursuit’’ is puzzling. “It was a formula for whatever reason didn’t resonate with the critics, and I think that had an impact on its box office,’’ Dergarabedian said.

Jeff Goldstein, executive vice president of distribution at Warner Bros., noted that the film attracted an older and primarily female audience, which is one that doesn’t necessarily rush out on opening weekend to check out a film. Audiences were 62 percent female and 82 percent over 25.

The Mother’s Day holiday might help catapult the “Hot Pursuit’’ to a stronger Sunday, Goldstein said.

The weekend between “Ultron’s’’ opening and next week’s debut of “Mad Max: Fury Road’’ and “Pitch Perfect 2’’ on paper seemed like the ideal spot to place a mid-budget comedy. But it’s also possible that other titles further into their runs might have divided attentions, including the third-place film, “The Age of Adaline,’’ and “Ex Machina,’’ which snagged the sixth spot.

“It’s a very competitive marketplace out there,’’ Dergarabedian said. “There are a lot of cool options out there right now for entertainment in theaters.’’

Meanwhile, local noir film “Coin Locker Girl” gripped onto second place, adding 272,181 ticket admissions to bring its two-week total to just over 1 million. Having two female actresses - Kim Hye-soo and Kim Go-eun - in the titular gangster roles, the low-budget film was praised for giving an experimental spin to the genre.

“Unfriended,” a U.S. film tackling the many problems that arise from the abusive use of social media, debuted in third place with 123,916 ticket admissions, while local rom-com “Love Clinic” opened in fourth with 107,491 cinemagoers picking the film over the weekend.