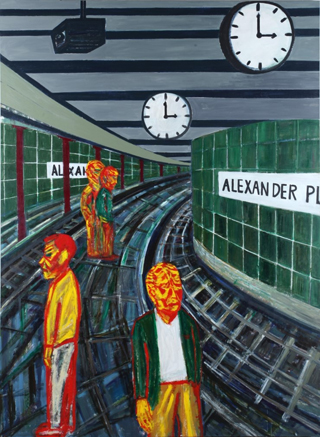 UTOPIA’S DELAY: THE PAINTER AND THE METROPOLIS
Kumho Museum and Hakgojae Gallery
Jongno District
To Sunday: “The Painter” is a rare solo show by Korean artist Suh Yongsun, 64, held across a museum and a commercial gallery. Suh’s paintings, which depict various urban scenes such as the streets and the inside of a subway car, seem akin to German Expressionist work -but the unique red and yellow colors they feature distinguish them from these European paintings.
In Kumho Museum, 27 paintings, 44 wooden sculptures and nine drawings by Suh are exhibited. Visitors can see 16 paintings and two drawings by the artist at Hakgojae.
Admission for Kumho Museum is 3,000 won ($2.90) for adults, while entry to Hakgojae is free. Both are closed on Mondays. Go to Anguk Station, line No. 3, exit No. 1, and walk for 10 minutes.
Kumho: (02) 720-5114, www.kumhomuseum.com; Hakgojae: (02) 720-1524, www.hakgojae.com.

LINDA MCCARTNEY RETROSPECTIVE
Daelim Museum, Jongno District
To May 25: The exhibition features about 200 photographs by Linda McCartney (1941-98), better known as music legend Paul McCartney’s first wife.
She was a friend of not only the members of her husband’s band, The Beatles, but also other musicians and celebrities, which gave her the opportunity to snap their private, unguarded moments.
This is especially shown in the exhibition’s “Chronicler of the Sixties” section, which contains portraits of iconic musicians, including Jimi Hendrix.
Admission is 5,000 won ($4.50) for adults. Go to Gyeongbokgung Station, line No. 3, exit No. 3, and walk for five minutes.
(02) 720-0667, www.daelimmuseum.org. 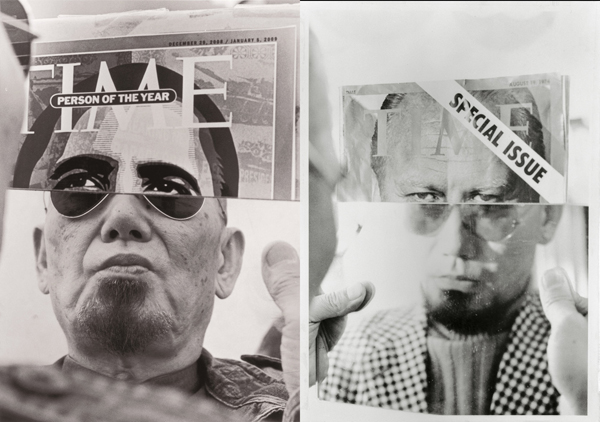 To May 31: The solo show of Kwak Duck-jun, a 78-year-old Korean artist based in Kyoto, Japan, features avant-garde work ranging from some works made of found objects to photography collages.

The exhibits include his famous “President and Kwak” series, a four-decade project comprised of 10 photo collages. The portrait of the newly-elected U.S. president on the cover of Time magazine is combined with Kwak’s own face in the pieces.

Most of the pieces in the show have magical realist tones, including those by Polish artist Wilhelm Sasnal, British artist Lynette Yiadom-Boakye and U.S. artist Hernan Bas. They are mostly landscapes and portraits of images that can be seen in reality but are simultaneously improbable or have mysterious details.

To June 20: This is a solo show of Indonesian artist Christine Ay Tjoe.

“Her paintings, largely abstract in style and expression, are a culmination of years of perfecting a technique that was inspired by graphic art such as etching and dry point on paper,” according to the gallery.

Admission is free. The exhibition’s opening hours run from 11 a.m. to 7 p.m. Monday to Saturday. The art space is closed on Sundays.

To June 28: This large-scale retrospective of American modern art master Mark Rothko features 50 abstract paintings on loan from the National Gallery of Art in Washington, D.C.

Rothko’s paintings, often categorized as abstract expressionism, are famous for having the power to move viewers, even to tears.

The exhibition is divided into five sections. Section 4 includes a smaller recreation of the famous Rothko Chapel in Houston, Texas.

It features seven dark paintings created by Rothko in the same period that he created the paintings for the original Rothko Chapel.

To June 30: The exhibition features 90 pieces of Joseon-period (1392-1910) lacquerware inlaid with mother of pearl.

To make lacquerware, artisans apply lacquer on wooden items, carve patterns or drawings on the surface and affix or encase them in shiny mother of pearl.

Korea’s mother-of-pearl lacquerware had its heyday between the Goryeo Dynasty (918-1392) and Joseon, but many say its patterns and materials became even more diverse between the 18th and 19th centuries, the latter part of the era.

It is close to Dosan Park in Sinsa-dong, near Apgujeong Rodeo Station on the Bundang line, exit 5.