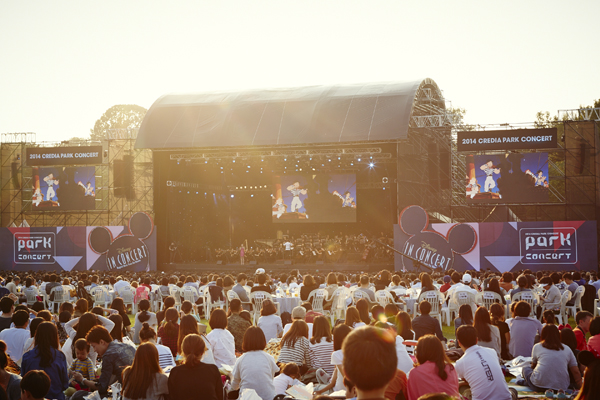 June 6: Muse Incity, Korea’s only festival with an all-female lineup, is to be held in Korea for the third time. The one-day music festival, which launched in 2013, focuses on female artists and an audience with a wide range of music genres.

Rachael Yamagata, a world-famous singer-songwriter, Kim Yu-na, the lead singer of Korean rock band Jaurim, Keren Ann, French pop’s jewel, and other female musicians from all over the world will stage performances.

June 18 to 19: Three musicians, Jung Jae-il, Ji-yong and Sung Min-je, will gather for the 2015 DITTO Festival to express Schubert, the icon of young wanderers. Sung, a double bassist, will start the concert off. Ji-yong, a classical pianist with high energy and technique, will show a piano performance. Jung, who received much attention last year through “Bari Abandoned,” will attempt to combine Schubert’s “Der Erlkonig” with pansori, a style of Korean narrative singing.

Sept. 5: Under the Theme “Tale as Old as Time,” Disney in Concert 2 is slated to present the animation studio’s magical world again with its well-known music scores, including live medleys from “Frozen,” “Circle of Life” from the “Lion King,” and many other famous songs. With Disney singers and the DITTO Orchestra, the concert will give a fantasy of fairy tales to children and families.

To May 25: The 2006 movie “Dreamgirls” was hugely successful in Korea, and now the musical version will be staged here once again, six years after its local debut. The original show has been nominated for countless Tony Awards, including Best Musical, since it opened on Broadway in 1981. The performance in Seoul was produced by a Korean team rather than through collaboration with the original creators.

June 13 to Sept. 6: This musical is a fusion of fantasy and fiction based on the life of Elisabeth von Wittelsbach, empress of Austria and queen of Hungary, from her marriage in 1854 to her murder in 1898. The show features girl group member turned musical star Ock Ju-hyun, Cho Jeong-eun, Shin Seong-rok and Choi Dong-wook. 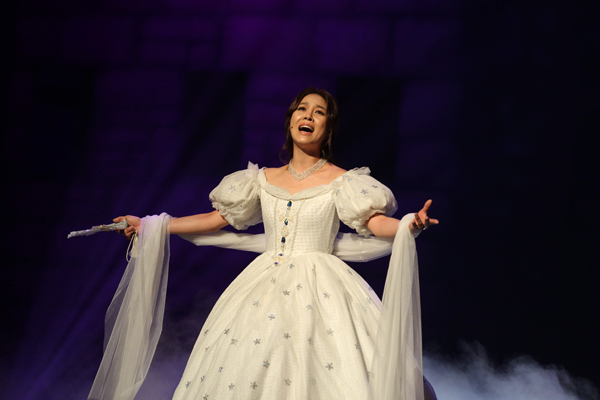 May 23 to 25: The annual jazz festival, now in its ninth year, will again feature some of the top musicians from Korea and worldwide. Familiar Korean names on the bill include Epik High, Roy Kim, 10cm, Jang Ki-ha and the Faces and J Rabbit. Overseas performers slated to play include MIKA, Basement Jaxx, Tamia and Jeff Bernat.

May 23 and 24: Green Plugged Seoul has already revealed the names of 32 artists who will perform at this year’s sixth anniversary festival, and there are still plenty more to be unveiled. YB, better known as the Yoon Do-hyun Band, renowned indie rock band Guckkasten, Hot Potato, Kim Sa-rang and Buzz will perform.

July 4: Five different genres of electronic dance music - including disco, progressive house, electro house, drum and bass and trap - will be performed on each corner of this pentagonal stage with artists such as Mark Knights, Seven Lions and Alvaro heating up the arena. Under the theme “Space Circus,” the event will provide different spectacles with huge light installations, flying acrobats, an LED light show and fireworks.

July 24 to 26: Having started in 2009 under the name “Jisan Valley Rock Festival,” “Ansan M Valley Rock Festival” is now one of the biggest events of its kind in Asia. The three-day festival is hosted by CJ E&M, a leading entertainment company in Korea. This year’s lineup includes Noel Gallagher’s High Flying Birds, Foo Fighters, Galaxy Express, Sultan of the Disco and many other world-famous musicians. 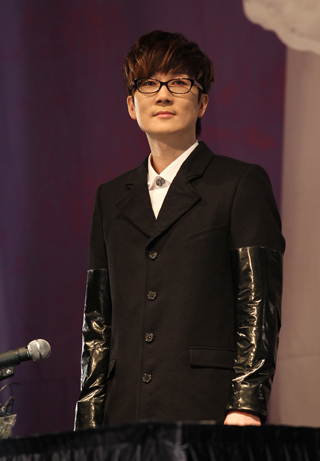 Aug. 7 to 9: Celebrating its 10th anniversary, one of the biggest summer rock festivals in Korea is in August. Mainly focused on rock and electronic music, Incheon Pentaport Rock Festival features both local and overseas bands, creating an energetic international event.