‘No preconditions’ for North in talks: Envoy

‘No preconditions’ for North in talks: Envoy 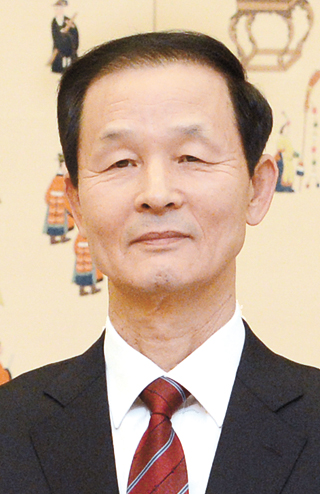 Korean Ambassador to China Kim Jang-soo said there are no preconditions for North Korea to return to the six-party talks, while stressing that the fundamental principle for resuming the long-stalled talks is for Pyongyang to come to the table with a sincere attitude.

The multinational platform was originally formed with the two Koreas, Japan, Russia, China and the United States with the aim of convincing Pyongyang to abandon its nuclear ambitions and to resolve security concerns on the Peninsula, though North Korea pulled out of the negotiations in late 2008.

“Some say there are preconditions [for Pyongyang in order] to resume the six-party talks, but in fact, there aren’t,” said Kim, a former defense minister, in an interview with Hong Kong-based Phoenix Television that was aired on Tuesday, adding that there would be no talks just for the sake of holding talks with North Korea.

Kim, who was appointed in March as Korea’s top envoy to China, emphasized that Pyongyang’s “sincere attitude” in resolving the nuclear standoff was what was required for the talks to continue.

First initiated in 2003, and despite longstanding multinational efforts to dissuade Pyongyang from developing its nuclear program, the six-party framework has borne no fruit over the past seven years. The last meeting was held in December 2008.

In the meantime, Pyongyang remained under a set of sanctions imposed by the United Nations for its three nuclear tests.

Kim’s remarks drew attention in particular because he did not call on the Kim Jong-un regime to accept specific demands for the talks to resume, such as freezing all of its nuclear activities or allowing inspectors from the International Atomic Energy Agency (IAEA) to examine its nuclear reactor sites, namely the Yongbyon nuclear facility in North Pyongan Province, about 90 kilometers (55.9 miles) north of Pyongyang.

When asked if he thinks China and South Korea have different perspectives on Pyongyang’s race to become a nuclear-armed state, Kim said there was “no disagreement” between Seoul and Beijing that the North’s nuclear ambitions should be stopped.

He went on to say that North Korea was no longer working as a buffer state for China to contain the influence of the United States on the Korean Peninsula, noting that such a notion was outdated.

As the ambassador to China, Korea’s biggest trading partner, Kim is expected to play a delicate role in easing Beijing’s disgruntlement with the installment of the Terminal High Altitude Area Defense (Thaad) system, should Seoul decide to deploy it.