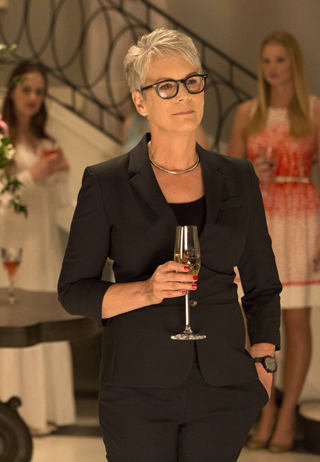 Ryan Murphy, the show’s creator and an executive producer, called her.

The show, now filming in New Orleans, will follow an anthology format like Murphy’s “American Horror Story’’ on FX. Season one takes place at a college campus where a number of murders have occurred. It’s set to premiere this fall.

Curtis plays the dean of the university and her co-stars are a who’s who of young Hollywood, including Emma Roberts, Keke Palmer, Lea Michele, Abigail Breslin, Nick Jonas, Ariana Grande and Skyler Samuels.

Curtis is known for “Halloween,’’ and “A Fish Called Wanda.’’ AP