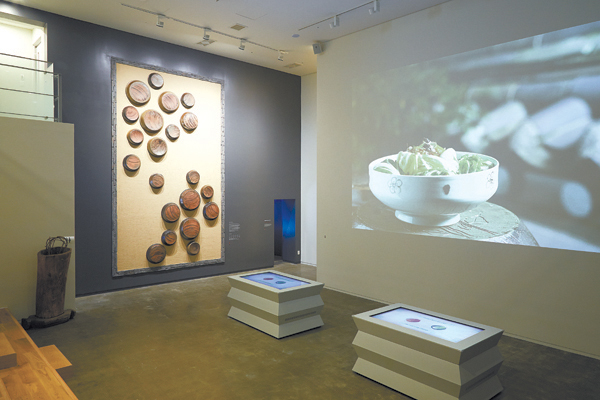 Pulmuone recently opened the Museum Kimchikan in Insa-dong, central Seoul, as part of its 29-year dedication to promoting kimchi. The three-story venue is filled with digital technology to provide a versatile, modern interpretation of the national cuisine. Provided by the company

Kimchi is an indispensable part of Korea’s national identity.

The pickled cabbage seasoned with assorted spices is a must-have side dish on every dining table in the nation.

From a cultural and historical perspective, it is important to Koreans because it represents community life, which has been considered a vital virtue in this society for centuries.

This is why kimjang, the process of making and sharing kimchi in groups, was acknowledged as an Intangible Cultural Heritage by Unesco in 2013.

But the once-important ritual is quickly diminishing, especially in modern metropolitan areas where sparing a whole day to prepare kimchi has become almost obsolete.

As a result, members of Korea’s younger generation have not had many opportunities to observe the tradition.

Although there is no quick fix to preserving the dwindling traditional culture, Pulmuone, a major food company in Korea, is making moves to turn the tide. 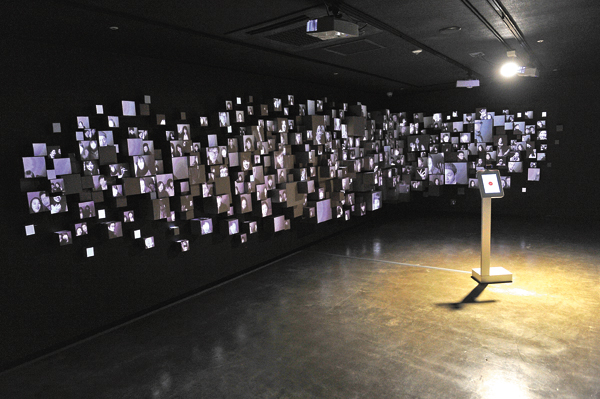 At Museum Kimchikan’s special exhibition hall, international artist duo Kimchi and Chips used a video installation to display their own interpretation of kimchi.

The venue opened last month in the bustling neighborhood of Insa-dong, central Seoul, after undergoing a major renewal.

“Community life is what has maintained humankind, and Korea was no exception,” said Park Jae-young, the manager of the museum.

If you imagine a kimchi museum should be full of artifacts and ancient writing, entering Kimchikan will make you think again.

While the previous iteration of the establishment, located at COEX in Samseong-dong, southern Seoul, focused on displaying relics and artificial models of kimchi, the newly opened three-story space is filled with interactive, digital gadgets that provide diverse information about the dish. 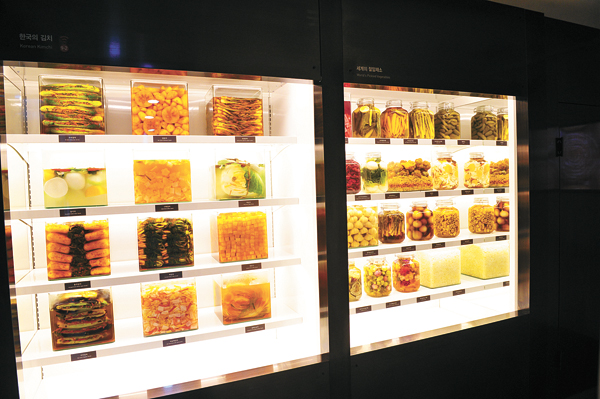 At the museum’s Kimchi Storeroom, 12 types of Korean kimchi and other similar pickled vegetables from foreign countries are on display.

Visitors can virtually experience kimjang through a digital installation in the main hall. From pickling the cabbage to mixing the right amount of spices, the animated sounds and motions on the screen adds extra fun to the artificial kimchi-making process.

Another notable exhibit is a video installation by international artist duo Kimchi and Chips. Taking inspiration from the fact that in Korea people say “kimchi” instead of “cheese” when taking a photo, if a visitor stands in front of an installed camera and shouts “kimchi,” their picture will be taken, which will then be screened on one of the installation’s monitors.

The dark exhibition hall, in which video art with blinking monitors is shown, is more reminiscent of a modern-art gallery rather than a museum.

“This installation is aimed at upgrading the pervasive image some people have about kimchi as something smelly,” said Park. “Also, mockups and historical artifacts have limitations to fully showing the virtue of kimchi, so we came up with diverse mediums to express kimchi,” he added.

On the second floor of the museum, there is a screening room where visitors can sit and watch a series of shorts that closely hone in on the diverse regional variations of the dish as well as similar food from other countries such as Japan’s iburi gakko (smoked pickle) and Germany’s sauerkraut.

The stylish and mouthwatering videos were created by renowned producer Lee Wook-jung who has crafted popular food documentaries such as “Noodle Road,” which aired on KBS.

It may come as a surprise, but kimchi is not Pulmuone’s main product. It actually specializes in tofu and other bean-based products.

But ever since the company started managing the kimchi museum in 1986, it has held itself accountable for breaking down the barriers that some younger Koreans and non-Koreans have put up about kimchi and kimjang culture, even if it meant recording a deficit every year.

Choosing to establish the new version of the museum in Insa-dong was in line with such intentions. 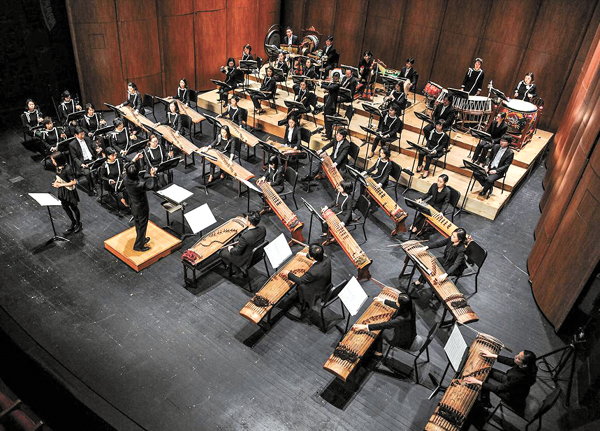 Pulmuone and other three food manufacturers hold “Gugak Concert with Explanatory” every year to familiarize the general public with traditional music.

“Insa-dong is easy to approach by public transportation and is visited by many foreigners, which makes it just the right location to set up our new museum,” Kimchikan’s Park explained.

About 15 to 20 foreigners visit the museum every day, according to Park. And for their convenience, audio guides in three foreign languages - English, Chinese and Japanese - are available.

Another general idea that many people have about kimchi is that it requires an unreasonable amount of effort and time to make.

While this may be partially true, there is no need to be scared unless one is making a massive batch of kimchi for a whole village or for the entire winter season, as per tradition.

In order to prove that preparing the pickled dish is simpler than one might imagine, Kimchikan has come up with a program where people can sign up to make kimchi at a lab located on the museum’s third floor.

The ingredient and tools necessary to make kimchi are all available there.

“It is my first time making kimchi in my entire life,” said Lee Su-min from the United States, who was participating in the program with her husband and son.

“I knew how to eat it but didn’t know how easy it was to make it,” she added.

The program is available to individual visitors, too, unlike most programs offered at cultural venues that are only available to groups.

The museum took into consideration the many visiting backpackers who travel on their own.

Aside from introducing kimchi and its culture to a wider range of people, Pulmuone is taking an interest in another long-standing art form - gugak, or Korea’s traditional music.

In alliance with three other food manufacturers - DongA One, Sempio and Samyang - Pulmuone has been sponsoring gugak concerts for 12 years under the name “Gugak Concert with Explanatory.”

The main motif behind the decade-long sponsorship is to make gugak more appealing, which is why modern-style dance, rap and jazz are fused into the traditional music.

In order to help the audience understand the occasionally challenging lyrics of pansori (Korean narrative singing) or folk songs, a commentator also goes on stage to provide extra explanations.

“The four chairmen of each company are acquainted with each other from the past,” said Lee Dong-hwa, a manager of Pulmuone’s PR team.

“And [they] shared love for gugak as well, which led them to start the sponsorship program.”

At the 12th edition of the sponsored gugak concert, which was held last month at the National Gugak Center in Seocho-dong, southern Seoul, one of the nation’s most prestigious institutes that promotes traditional art, familiar stories from folk songs and traditional fairy tales were staged.

Hwang Byung-ki, who is known as the master of gayageum (the Korean zither), provided explanations at the performances.

For more information about the museum, visit www.kimchikan.com.

Drawing a U-turn is a tough job (KOR)