Banks without borders have SE Asia in their spyglass

Banks without borders have SE Asia in their spyglass 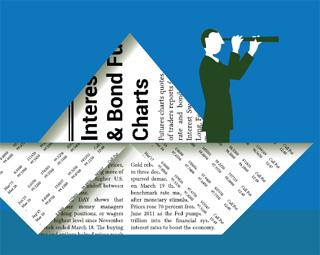 As interest rates languish at record low levels and profits erode, struggling Korean banks at home are pinning their hopes on Southeast Asia, the fastest-growing area in the Asia-Pacific region.

Heads of major commercial banks are busier than ever flying between Seoul and Southeast Asian countries, as they seek new sources of profit outside their home turf.

On May 7, Shinhan Bank CEO Cho Yong-byoung visited Hai Phong, a major port city in Vietnam, to celebrate the launch of the bank’s 12th branch in the country. On the same day, Kim Byoung-ho, CEO of Hana Bank, was in Ho Chi Minh City for the opening of his bank’s first branch in Vietnam. In February, Woori Bank CEO Lee Kwang-goo flew to Indonesia for a ceremony marking Indonesian government approval for the Korean bank to merge with Bank Saudara, a major local institution.

All three CEOs are in their first year at the helm of their banks and are determined to produce tangible achievements in 2015. 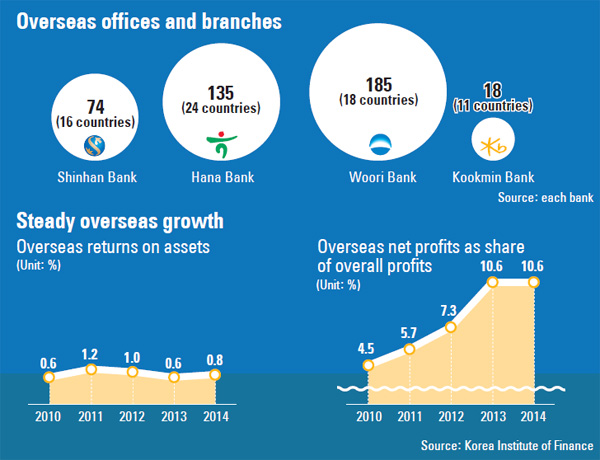 The economies of Southeast Asia are expected to maintain GDP growth in the neighborhood of 6 percent for the near future, giving Korean banks a new chance to expand their businesses.

“Shinhan will not only deliver corporate financing services here, but also try to be successful in the retail banking business,” said Cho at the ceremony last week. “Vietnamese customers will experience differentiated banking services based on Koreas cutting-edge IT capabilities through mobile banking and smartphone applications.”

Shinhan Vietnam Bank was approved in November to open four branches. The bank plans to open the first two in Thai Nguyen and Pham Hung by next month, which will bring its total in Vietnam to 14.

The biggest bank in Korea by assets and net profit, Shinhan earned $120 million from 70 branches in 16 countries in 2014, surpassing $100 million for the first time since it began to expand overseas three decades ago. One of the bank’s goals this year is to increase overseas profits to 10 percent of the bank’s total.

Shinhan also is preparing to enter the Philippines and Indonesia. In March, it was approved by the Philippines central bank to launch a branch. In April, the Indonesian financial authority OJK allowed Shinhan to acquire a controlling stake in a local bank.

Hana Bank has 135 offices and branches - 99 of them in Asia - in 24 countries. The third-largest bank at home has a long-term goal to increase its overseas profits by 40 percent over the next 10 years.

As they prepare to merge at home, Hana and Korea Exchange Bank are enhancing cooperation early abroad in a bid to ramp up overseas competitiveness. Hana has been making consistent efforts to expand in Indonesia since PT Bank Hana and PT Bank KEB Indonesia merged in 2014. PT Bank KEB Hana has 44 branches in the country and provides financial services for Korean businesses and Indonesian small and medium-sized enterprises and retail customers.

“We expect new profits from retail banking in an Indonesian economy that is expected to keep up the pace of its growth,” said a bank spokesman.

Hana set up a subsidiary dubbed Hana Microfinance in Myanmar in August, the first microfinance institution of a Korean bank abroad. It will offer loans for farmers and self-employed people.

Woori Bank is eyeing mergers and acquisitions. The bank operates 185 offices and branches in 18 countries, and 135 of them are in Southeast Asia.

“Our strategy is to start nonbanking services first in Southeast Asian countries, where the traditional banking sector has not matured,” said a Woori spokesman. “Differentiating from past overseas expansion, we are more focused on microfinance and credit businesses in those countries.”

Last July, Woori Bank acquired Malis, a microfinance business in Cambodia. It also is preparing to set up a microfinance corporation in Myanmar. In the Philippines, the bank acquired a savings bank and plans to turn it into a commercial bank. In the future, Woori plans to expand to Laos.

Yet whether they can succeed in foreign markets with their current strategies remains to be seen.

Yim Jong-yong, chairman of the Financial Services Commission, believes Korean banks should be more aggressive in their globalization.

Although overseas branches and assets are on the rise, there are limits to fully localizing in those markets under current strategies, said Seo Byung-ho, a researcher at Korea Institute of Finance. In terms of employees, he added, banks should hire as many as local people - even as branch managers - as multinational banks such as HSBC and Citibank do in Korea.