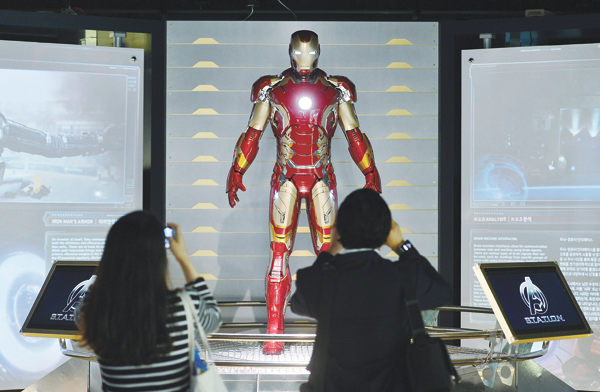 An exhibit of items used in “Avengers: Age of Ultron” is on display at the War Memorial of Korea. The exhibition was started in New York in May 2014. The exhibit, titled Avengers S.T.A.T.I.O.N (Scientific Training and Tactical Intelligence Operative Network) includes Iron Man’s armor, Captain America’s shield and Loki’s scepter. There also is digital entertainment. [NEWSIS]