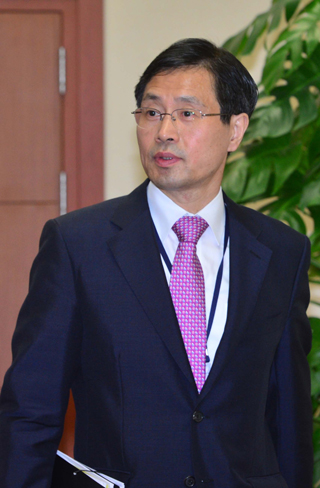 Veteran Korean diplomat Park Ro-byug, who spearheaded nuclear energy cooperation negotiations with the United States, was named as the new ambassador to Russia on Thursday, according to the Ministry of Foreign Affairs.

After four and a half years of negotiations, Seoul and Washington last month signed a new bilateral nuclear cooperation accord that allows more leeway than its predecessor.

As the ambassador for nuclear energy cooperation, Park led the Korean delegation in the grueling process to rewrite the pact, also called the 123 Agreement, for the first time in 42 years.

Park joined the Foreign Ministry in 1979.

He studied international studies at Seoul National University and at the London School of Economics and Political Science and received his doctorate in history from Russia’s Diplomatic Academy.