Miss A shows off ‘Colors’

Miss A shows off ‘Colors’ 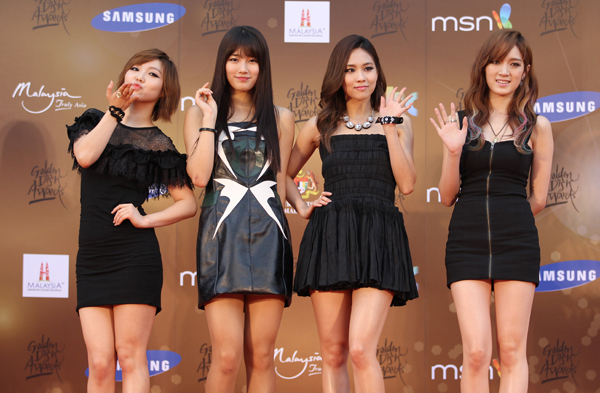 Girl group Miss A will release a special album, “Colors,” in Taiwan and Hong Kong on Friday.

In the upcoming album, the girl band will add three more tracks, which are sung in Chinese, in addition to the original six that were included in the album that was already released in Korea.

The newly added songs are “Only You” and “I Caught Ya,” which were written by one of the members, Suzy, and “Stuck,” written by another member, Min.

The three new songs were rewritten in Chinese by Fei, one of the Chinese members of the group.

The title song, “Only You,” has gained a huge following, topping various music charts and gaining more than 15 million hits of its music video.
It also maintained the first place in April on the Gaon Music Chart, a chart that tabulates popular songs in Korea.

“Only You” was unveiled on various music sites in Taiwan and Hong Kong in advance. The song recorded No. 2 in Taiwan’s popular music site Omusic and also made it into the top 7 in other Taiwanese music charts, including KKBOX and My Music, boasting popularity even before the release of the album there.