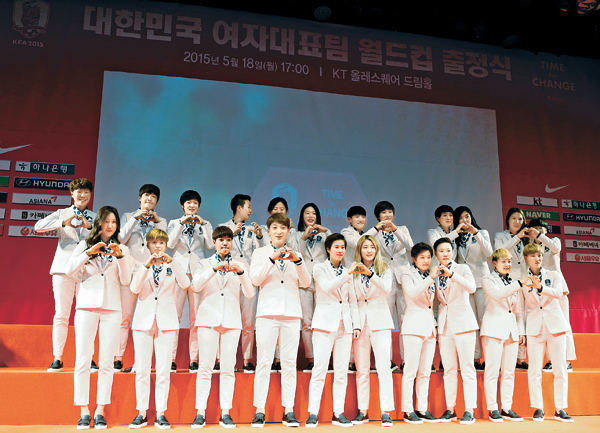 The women’s national football team demonstrates its spirit and determination at a ceremony in Gwanghwamun, central Seoul, on Monday before leaving for the 2015 FIFA Women’s World Cup in Canada. The team will depart for the United States on Wednesday for a friendly match before arriving in Canada on June 4. Korea is in Group E along with Brazil, Costa Rica and Spain. Meanwhile, the Korea Football Association said forward Yeo Min-ji will be replaced by midfielder Park Hee-young after injuring a cruciate ligament in her left knee. [Ilgan Sports]