Cast confirmed for next ‘Reply’ drama

Cast confirmed for next ‘Reply’ drama 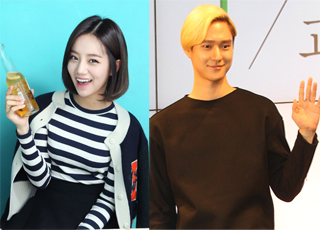 Actors Park Bo-gum and Go Kyung-pyo and actresses Hyeri and Ryu Hye-young will star in another sequel to tvN’s popular drama “Reply.”

In addition to the main cast, tvN revealed in a press release published on Monday that actors Lee Dong-hwi and Choi Sung-won have also been confirmed to take parts in the upcoming series, “Reply 1998.”

The casting process for the drama will soon be complete. It is expected to air in the second half of the year. The new show is produced and written by director Shin Won-ho and writer Lee Woo-jung, who worked together on previous “Reply” seasons, including “Reply 1997” (2012) and “Reply 1994” (2013).

Many actors have catapulted to fame after starring in this drama series, including Seo In-guk, Jung Eun-ji and Yoo Yeon-seok.

Park, 21, first appeared on screen in the film “Blind” in 2011. He gained public spotlight after appearing in KBS2 TV drama “Cantabile Tomorrow” (2015).

Actor Go, 24, debuted through the season two of the drama “Jungle Fish” (2010). His acting skills were critically acclaimed after he took parts in movies “The Admiral: Roaring Currents” (2014) and “Coin Locker Girl” (2015).