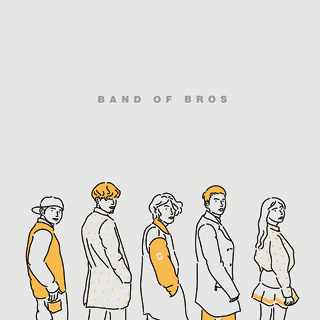 
Cho Moon-geun, now the lead vocalist of the ChoMoonGeun Band, has brought out “Band of Bros” as part of his new group, a follow-up to his 2010 solo album.

Cho rose to fame in the first season of Mnet’s survival audition program “Super Star K.” After finishing second in the show, he formed his own band with his team members, including guitarist Lee Hong-hyu, bassist Lee Jae-ha and drummer Lee Si-young.

Pianist No Ha-eun joined the band for this new album.

Tightly crafted with eight of their own tracks, the power and intensity of the band’s sound spills into each song on the album.

Lead track “LIL,” which stands for “Love is Love,” is a break-up song with heartrending lyrics asking an ex-girlfriend to come back. The song centers on true love. Cho’s doleful voice adds to the polished performance and expansive sound of the track.

The album is packed with evolved melodies, compelling rhythms and various experimental sounds that deserve your full attention.