Sergio Mendes to jazz up festival

Sergio Mendes to jazz up festival 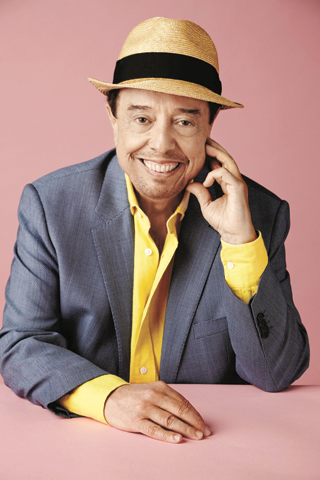 The 74-year-old Brazilian musician Sergio Mendes, often dubbed the “bossa nova king,” will come to Korea for the first time in three years as one of the headliners for the upcoming Seoul Jazz Festival. He will perform on Sunday. Provided by Sony Music

Sergio Mendes, 74, a Brazilian pianist and composer with the spirit of jazz deep in his bones, actually grew up around classical melodies.

His first foray into music started when he began learning the piano, but he became captivated upon encountering jazz as a teenager.

Mendes describes the beauty and improvisation of the genre and being able to feel freedom in the compositions as “magical.”

Magic seems to be the singer’s favorite word. 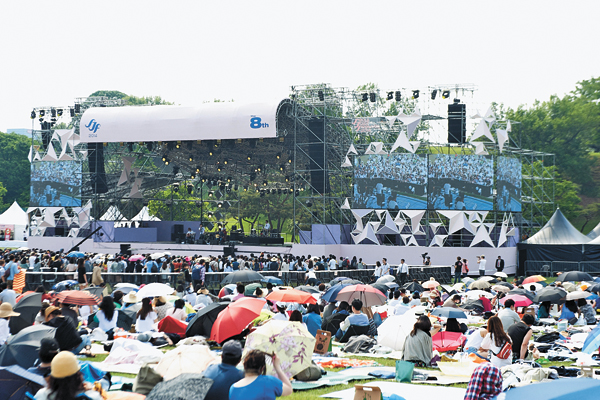 This year’s Seoul Jazz Festival kicks off Saturday. The lineup includes Chick Corea, Herbie Hancock and many more. Provided by the organizer

Whenever he goes on tour, Mendes says he takes a so-called “magical journey,” in which he shows the “history of Brazil and today’s Brazil through his various songs.”

He calls it the “magic” of his life and says it is what his fans in Korea will see during his concert at the upcoming Seoul Jazz Festival.

This year’s event kicks off on Saturday and runs through May 25 at Olympic Park in eastern Seoul.

Other international musicians on the roster include Chick Corea and Herbie Hancock, who are scheduled to lead the bill on Saturday, as well as Arturo Sandoval, Mika, Basement Jaxx, Jeff Bernat and more.

“I hope Korean fans enjoy this journey with me at the festival,” said Mendes in a recent email interview with the Korea JoongAng Daily.

“Koreans already know a lot of my songs, so I believe they will enjoy it.”

The veteran singer combines pop, jazz and bossa nova and takes the mix across the globe to introduce international fans to his rhythm. He was at the forefront of the bossa nova movement in the 1960s in Brazil, actively writing and playing the genre from its very start.

“Brazilian music is light and happy,” he said, adding that it has many aspects such as “melodies, rhythms and harmony.”

“I said ‘melodies’ because the musical lines are very romantic and sensible,” Mendes explained.

The charm of the genre is why he began to mix it with jazz, creating his signature style.

The musician’s last visit to Seoul was three years ago, he said, continuing that he recalls the audience in Korea as being the best he has ever performed in front of.

“I loved the way they responded to the music,” said Mendes.

“It was great seeing them actually joining in the concert and it was surprising to see that they knew many of my songs. They sang along and danced to the groove. It was just great seeing them enjoying the night.”

For the audience in Korea to move to the groove once again, Mendes will not only take them through the “magical journey” of the 66 years of Brazilian music, he will also introduce his latest album “Magic,” which was released last year.

“I love the melodies that are in my album,” said Mendes.

“There are many interesting songs... I am going to play the songs in Seoul this month. Hope you all like them.”

The title of the record was chosen because many “magical events” occurred while Mendes was producing it, he said, including “magical meetings” and “magical exchanges.”

“There are many great artists, not only the Brazilian artists but also the great American musicians, who featured [on] my album,” the singer explained.

Mendes often collaborates with young artists who specialize in other genres. For “Magic,” he worked with John Legend, who contributed his R&B vocals on top of Mendes’ bossa nova arrangement for the song, “Don’t Say Goodbye.”

As the term “bossa nova” means “new trend,” Mendes said he tries to work with younger musicians, such as Justin Timberlake and Will.I.Am, so that he can continue to “create new music with many artists.”

As the genre is all about being happy and enjoying the rhythm, Mendes does not think of musical philosophy or his influence in the music industry. For many decades he just has been creating the tunes he loves and telling stories through his work.

“I just love what I do, and I do what I love,” he said. “I love traveling and performing in different countries. And, I just love making music.”

Next year marks 50 years since Mendes’ first album “Brasil ’66,” which transformed him from a struggling musician into what he is now, especially because of the first track, “Mas Que Nada.”

For the anniversary, Mendes says he wants to record something even newer and fresher.

Perhaps that is why his music is never nostalgic.