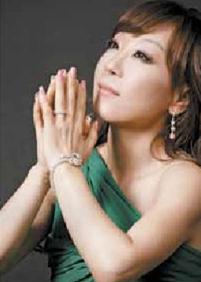 To get the 10th Jeju Forum off to a rousing start, Grammy Award-winning Korean soprano Sumi Jo will perform on May 20 at 1:20 p.m. at the Grand Ballroom at the Haevichi Hotel in Jeju.

Jo, accompanied by the Coamorous Band and other professional musical artists, will perform Korean and foreign songs including “Ari Arirang” and “Ich Liebe Dich.”

The Coamorous Band is a quartet consisting of the pianist Andrey Vinichecnko, the bassist Na Jang-kyun, the violinist Anna Fedotova, and Sheykin Alexander on the accordion.

The cellist Farulev Valery Borisovitch, the violinist Olga Knyazeva, and the violist Lee Su-ah will join the band in a performance for the dinner hosted by Korea’s Foreign Minister Yun Byung-se during the forum.

Praised for the remarkable versatility, precision and warmth of her voice, Jo has established herself as one of her generation’s most sought-after sopranos. She has been consistently greeted with exceptional accolades, by public and press alike, for her performances in the most important opera houses and concert halls of the world.

Jo, said by Herbert von Karajan to have “a voice from above,” is an advocate for animal rights. She sang the theme song for the 2002 FIFA World Cup, “The Champions,” and has also performed at numerous global events including the 2014 Sochi Winter Olympics closing ceremony.

Jeju residents, including foreigners residing on the island, will be admitted to the concert without charge, but they will have to register online and provide proof of their residency in the province.