[Sponsored Report] Political leaders to work for peace and prosperity

[Sponsored Report] Political leaders to work for peace and prosperity 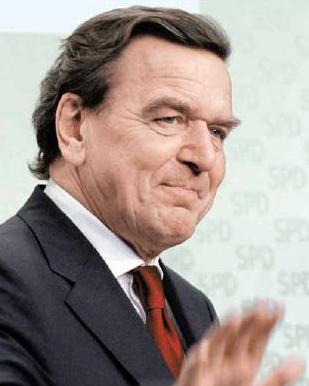 The three-day Jeju Forum for Peace and Prosperity ? which kicks off this week to celebrate its 10th iteration ? will bring together thousands of world political leaders, scholars, business professionals, heads of international organizations and media to share ideas about peace and prosperity in East Asia.

They will discuss pressing issues in hopes of solidifying a peace-building process in Asia and will join some 4,000 other participants from more than 50 countries.

The 10th Jeju Forum runs from May 20 to 22 at the Haevichi Hotel & Resort Jeju, and is co-hosted by the Jeju Special Self-Governing Province, the International Peace Foundation, the East Asia Foundation and the JoongAng Ilbo.

It will deliberate the theme of “Towards a New Asia of Trust and Harmony” over five plenary sessions and 59 concurrent sessions. The concurrent sessions, organized by 28 organizations, will discuss five major themes: peace, prosperity, sustainability, diversity and competitiveness.

A special session, “Dialogue with Former Chancellor of Germany Schroder,” scheduled on May 21, will be an in-depth discussion by Schroder and a former Korean ambassador to China, Kwon Young-se, on the topic “Structural Reforms in Germany after Reunification and Conditions for Successful Korean Unification.”

During his term in office, Schroder promoted a series of social reforms called Agenda 2010 aimed at improving the German welfare system and its labor relations. The results became a lever in reviving the German economy, which had been sluggish in the aftermath of reunification.

The goal is to develop insights from Germany’s experience to prepare for Korean reunification and how to solve Korea’s own issues with its welfare system and labor relations.

Kwon served three terms as a lawmaker, including a term as chairman of the National Intelligence Committee, and also chaired the Korea-Germany Parliamentarians’ Friendship Association at the National Assembly from 2008 to 2012.

Another plenary session, the “World Leaders’ Session,” scheduled for the same day, brings together prominent global leaders, including former presidents and prime ministers, to discuss peace building for a new Asia of trust and harmony.

The session will be moderated by Hong Seok-hyun, the chairman of the JoongAng Ilbo and JTBC. He was formerly ambassador to the United States and president of the World Association of Newspapers.

Yudhoyono, the immediate past president of Indonesia, will deliver a speech discussing future directions for cooperative economic development, environmental protection and regional security that together can constitute a peace system.

A strong advocate of global diplomacy to combat climate change, Yudhoyono also serves as president of the Global Green Growth Institute Assembly. On Tuesday, he was unanimously re-elected chairman of Indonesia’s Democratic Party, which he co-founded in 2001.

The former four-star army general from East Java, known for his reform platform, was his country’s sixth president and completed his second 5-year term of office last October.

Former Prime Minister Fukuda said he hopes to improve the strained relations between South Korea and Japan though his participation in the forum. In an interview with the Mainichi Shimbun, Fukuda said that without a reflective and deliberative engagement with history, real progress cannot be made toward peaceful coexistence in East Asia.

In September 2007, Fukuda was elected the 22nd president of the Liberal Democratic Party. He served as the 91st prime minister of Japan, from 2007 to 2009.

Australia’s Howard is expected to support the deepening of cooperative relations between Korea and his country at the forum. He served as prime minister from March 1996 to November 2007. Under his leadership, Australia saw annual economic growth of 3.6 percent. His government implemented major reforms in taxation, workplace relations, privatization and welfare. Queen Elizabeth II appointed him to the Order of Merit in 2011.

Clark was elected eight times to Canada’s Parliament and was Canada’s youngest prime minister. But his tenure was short; he formed a minority government that endured for only about nine months. He remained in parliament until 1993 and returned again from 2000 to 2004.

In his recent career, he has been a prominent educator, author and speaker, affiliated with the McGill Institute for the Study of International Development, the Jimmy Carter Center, and the Global Leadership Foundation.

Li of China will address the peace-building process in Asia at the forum’s opening ceremony. In 2011, she became the president of the friendship association after 36 years of service to the organization.

As a special envoy of Chinese President Xi Jinping, Li paid a visit to Japan in April 2013, followed by one to Korea, where she met President Park Geun-hye. She has played an important role in solidifying diplomatic ties between China and Korea.

This year marks the 70th anniversary of several key historical events including the end of World War II, the founding of the United Nations and Korea’s liberation from Japanese colonial rule. It also is the 50th anniversary of the normalization of Korea-Japan diplomatic ties. To mark those milestones, several sessions will examine progress toward peaceful coexistence the region. This includes historical reconciliation, a prickly issue widely seen as a barrier to regional cooperation and regional integration in Northeast Asia.

Several sessions will address topics in Korean foreign policy, including the Northeast Asia Peace and Cooperation Initiative, trust-building on the Korean Peninsula, the Eurasia Initiative and middle power diplomacy.