Farrell says he will stay single

Farrell says he will stay single 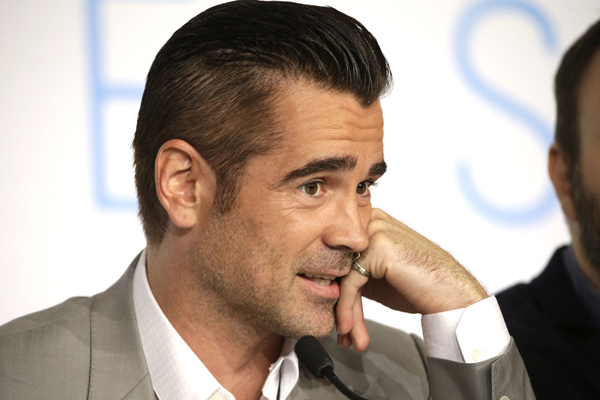 CANNES, France - In his new sci-fi movie “The Lobster,’’ Colin Farrell plays a single man desperate to get into a committed relationship or risk being transformed into an animal. In real life, though, he’s unattached - and in no rush to change his status.

“In my life I’ve had relationships with women that weren’t in the public eye that have been pulled into the public eye as a result of the nonsense of celebrity and being close to me, and I hate that and I hated that for them,’’ he said in an interview last week. “And so that would be just another thing that would lead into my reticence to being in a relationship.’’

Farrell is in Cannes to promote “The Lobster,’’ which is competing for the festival’s top prize, the Palme d’Or.

The film is about single people who are forced to stay in a hotel until they find a mate. They have 45 days to find a partner or face being transformed into an animal and be released into the woods.

The 38-year-old actor said being in a relationship isn’t all it’s cracked up to be.