How Dokdo became a non-issue

How Dokdo became a non-issue

Park Chung Hee signs the diplomatic normalization of relations between Korea and Japan on Dec. 17, 1965 at the Blue House. The signing of the agreement was the culmination of talks between the two neighbors that first began in 1951 in the midst of the Korean War. The nations had a total of over 1,700 meetings to narrow down their differences on the terms of the diplomatic treaty. [JoongAng Photo]

My meeting with Foreign Minister Masayoshi Ohira was intended to reach an agreement on the amount of compensation Japan owned for its occupation of the Korean Peninsula. To make sure we would report the same terms to our superiors, we wrote down compensation figures on two different sheets of memo paper.

On piece of paper, I jotted down, “$300 million in compensation, $200 million in loans and grants and another $100 million from an export-import bank in addition to other contributions from the private sector.” Ohira wrote the same figures on his sheet in Japanese. We made sure that we had written the same figures and put them in our pockets.

On Nov. 13 1962, a day after my meeting with Ohira, Park Chung Hee, then-Chairman of the Supreme Council for National Reconstruction, was satisfied with the numbers I showed him. “Well done Kim,” he said.

There was another point of contention between Seoul and Tokyo. We had to decide on what to call the compensation settlements. On behalf of Korea, I demanded the settlement be called a “claim for damages” for Japan’s 36-year occupation. Ohira wanted the money to be called “Economic cooperation funds.” It was a matter that could not be solved unilaterally. And whatever we agreed upon, it was foreseeable that Japan would call the money economic cooperation funds for the purposes of its domestic politics. So I told Ohira, “I am going to report our agreement on the terms of the compensation by calling it a claim for damages. There is nothing I can do if you report to your parliament that it is economic cooperation.” 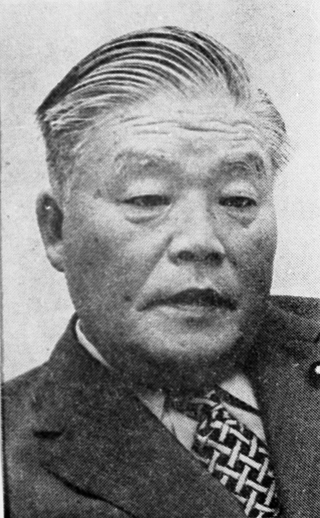 On June 22, 1965, about two and a half years later, the official title of the terms of the diplomatic normalization and compensation came to be referred to as “A solution on a claim for damages and an agreement on economic cooperation,” reflecting on the needs of the two sides.

When I was about to leave the room after checking my memo with Ohira’s, he suddenly brought up the issue of the Dokdo islets, the subject of a territorial dispute between Japan and Korea. He said, “What are you going to do with Dokdo? We are open to referring the case to the International Court of Justice as a territorial dispute between the two continues.” I rebuffed his proposal and said, “The Dokdo issue is not on the agenda of our meeting today.”

But Ohira kept talking about referring the case to the ICJ, leading me to say, “You can always talk about your desire to hand over the case o the ICJ. But we will never respond to that.” To have the case referred to the ICJ, both sides in the dispute must consent.

“No matter what you claim about Dokdo, it is now under our territorial sovereignty,” I continued. “We would rather bomb it to ashes than hand it over to your government.”

After that stern remark, Ohira and I wrapped up the meeting. In the four-hour meeting, we talked about Dokdo for less than 10 minutes. Later there was a groundless rumor that I proposed to Ohira that we should bomb Dokdo if it stands in the way of building friendship between Korea and Japan.

The source of this groundless rumor came into light when Kim Hyung-wook, who led the Korean Central Intelligence Agency before he betrayed Park and fled to the United States to seek asylum, testified before Congress in Washington that I suggested to have Dokdo demolished during my negotiation with Ohira.

Truth sometimes gets twisted by those trying to get advantage out of it. But eventually, the truth finds its place. I brought up the possibility of bombing the easternmost islets to make my position clear that Korea would never give up its sovereignty.

I bluntly refused to take the Dokdo issue to the ICJ because Japan had experienced with it and even had one Japanese judge in the court. Back then, Japan was convinced it would triumph in the Dokdo dispute if it could bring the issue to the ICJ.

There was another groundless rumor that my older brother Kim Jong-rak and former Prime Minister Chung Il-kwon had signed an agreement with their Japanese counterparts pledging to leave the Dokdo dispute “unresolved.” Chung simply heard a remark from then-political heavyweight Ichiro Kono, the father of former chief Cabinet Secretary Yohei Kono who made the landmark 1993 statement acknowledging Japan’s wartime atrocities including its mobilization of sex slaves for the military [euphemistically called Comfort Women]. Kono said in 1965 the conflict over Dokdo should just be left untouched because there was no way to resolve it. Chung simply quoted the senior Kono’s remark in Korea. That was twisted to say that Chung and Kono agreed to leave the issue unresolved and had a secret written agreement. To my knowledge, my brother never had such a document. The rumor said my brother Jong-rak was involved in that secret negotiation. But Jong-rak simply accompanied Chung because of his fluent Japanese.

In fact, Kono’s remark in 1965 illustrated the sentiment in Japan’s political circles at the time. Many Japanese politicians agreed that Korea would never budge in the Dokdo dispute and therefore the matter should not be pushed. To sum up the sentiment, the senior Kono called it a “resolution for unresolved matters.”

It was a realistic approach. And that approach was widely accepted by powerful politicians in the 1960s. In that regard, the issue over the Dokdo islets never became major. It was only after Japanese politicians who were born after World War II began insisting on Japan’s claim over the islands that serious tensions began to surface. Much blame for ongoing tensions over the Dokdo islets therefore belongs to politicians of a current time.