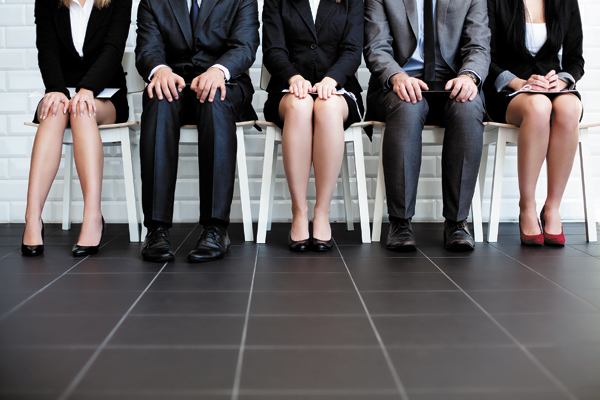 Koreans are becoming disillusioned with college educations as finding jobs after college is more difficult than ever, a survey by a leading job portal showed.

And more are wondering whether college education is worth the money.

In a survey of 566 college students, new graduates and workers by Jobkorea, 61 percent said there were times when they felt regrets over having attended college.

Of those who regretted going to college, nearly 64 percent said college education did not help them get a job or perform better in a real-life setting.

Thirty-seven percent said a college degree was no longer a competitive edge in a job market overflowing with fresh college graduates.

Recent Statistics Korea data showed that young jobless Koreans aged 20 to 39 with no job experience numbered 95,000, the highest figure in more than 12 years and since a credit card crisis in 2003.

Another set of data showed that the jobless rate among Koreans aged 20 to 29 jumped to 10.3 percent as of April, compared with 6.3 percent almost 5 years ago in May 2010.

Prolonged joblessness also increases the risk of defaults on college loans, according to industry insiders.

“Unless the employment rate and income levels improve in this group, its debt payment ratio is not likely to improve, either,” said Kang Jong-man, author of the report.

Yet a majority of the respondents still wanted to college, although many said they’d choose a different one and a different major, the survey showed.

Over 26 percent of those who wanted to change their school and major said they should choose a major that would help them get a job. Nearly 24 percent said they wanted to study a subject that they like and are good at.

“Seeing that high school graduates are being hired, there are times when I regret having gone to a college,” said Lim Jae-bin, a 27-year-old job seeker who took the survey. 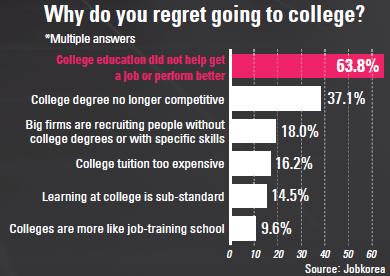 “I switched my major to humanities from sciences. My friends who majored in engineering and sciences are getting jobs more easily, and sometimes I envy them,” Lim added.