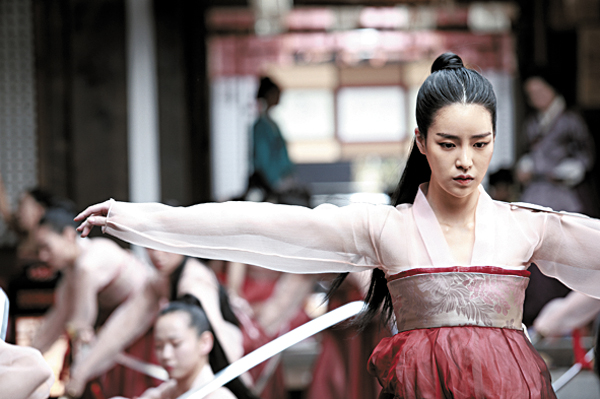 A film based on the story of Yeonsan-gun, regarded as the most notorious tyrant throughout the history of the Joseon Dynasty (1392-1910), is drawing the attention of Korean viewers again. “The Treacherous,” however, focuses on the disloyal subjects around the king rather than the ruler himself. Director Min Kyu-dong, pointed out that this new angle will be the real charm of his film.

The movie highlights seemingly loyal advisers like Im Soong-jae (Ju Ji-hoon) and his father Im Sa-hong (Cheon Ho-jin) deceiving and fawning over Yeonsan-gun (Kim Gang-woo) while in pursuit of power for themselves. The king orders them to bring 1,000 women to serve him as court ladies, which provokes a fierce political power struggle.

Im Soong-jae and Sa-hong find a rare beauty named Dan-hee (Yim Ji-yeon) and train her to seize the king’s attention while Jang Nok-su (Cha Ji-yeon), the femme fatale of the time, calls Seol Jung-mae (Lee Yoo-young) to the palace to prevent them.

Besides the provocative story and scenes, the film has received much attention for its soundtrack and visual effects. 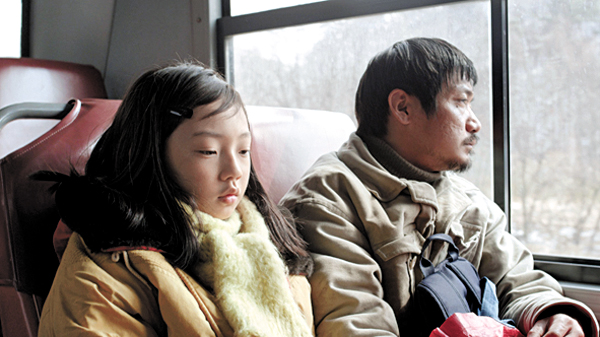 Having received awards and much praise in 2011 with his debut feature “Journals of Musan,” director Park Jung-bum has once again proved himself worthy of his fame with his second film “Alive,” securing a Young Critics Award at the Locarno Film Festival, a Special Mention at the 25th Singapore International film festival, Best Actor and the Obra Cine Award at the Mar del Plata International film festival and the Jury Award at the 13th Florence Korea Film Festival.

Also playing the protagonist of the film, Park is a man named Jung-cheol who faces hardships while working as a laborer at a soybean paste factory to support his mentally ill sister Su-yeon (Lee Seung-Yeon) and her young daughter Ha-na (Shin Haet-Bit). Living hand to mouth, he desperately struggles, but things get worse in the bitter winter. His co-workers demand from Jung-cheol the pay his manager has fled with.

Throughout the nearly three-hour runtime, the film depicts the painful life of the vulnerable laborers exploited by employers in a capitalist society.

The film, set in Gangwon, was part of the Jeonju Digital Project, which is now called the Jeonju Cinema Project. 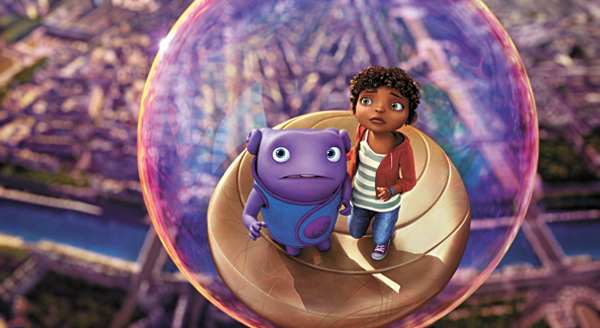 The new Dreamworks animation “Home,” based on Adam Rex’s 2007 children’s book “The True Meaning of Smekday,” is sure to appeal to young Korean viewers.

A mix of comedic, adventurous and dramatic elements, the film delivers a touching story about family and friends through the relationship between an alien named Oh (Jim Parsons) and a girl named Tip (Rihanna)

Oh is featured as a huggable, purple-colored alien who moves to Earth with his species, the Boov, and a dorky leader named Smek (Steve Martin).

Oh meets the lonely Tip, who is looking for her missing mother, Lucy (Jennifer Lopez).

Directed by Tim Johnson, the film boasts a splendid cast full of recognized Hollywood stars with popularity and strong performances.

Besides their voice roles, Rihanna and Lopez also recorded the film’s soundtrack, including the end credit song “Feel the Light” which reached more than 5.2 million views as soon as it was uploaded to YouTube.

In the version dubbed in Korean, Solji and Hani, two members of rising Korean idol group EXID, sing the song.

Directed by Baek Woon-hak, “The Chronicles of Evil” encompasses all there needs to be to make a successful crime thriller: a tight-paced plot, good performances and a major twist at the end.

The film kicks off with detective Choi Chang-sik, who is just about to get a big promotion, inadvertently killing a man.

A day later, the dead body appears in front of his workplace, hung up on a crane, showing the news media and the whole world.

Now detective Choi has to somehow solve this case, without letting others know about his big, deadly secret.

Veteran actor Son Hyun-joo, a regular to the thriller genre, again pulls off his detective role very well, forcing the audience to keep guessing about how his seemingly doomed fate will turn out.

The film opened at No. 1 last weekend, seizing just over one million viewers so far as of press time. 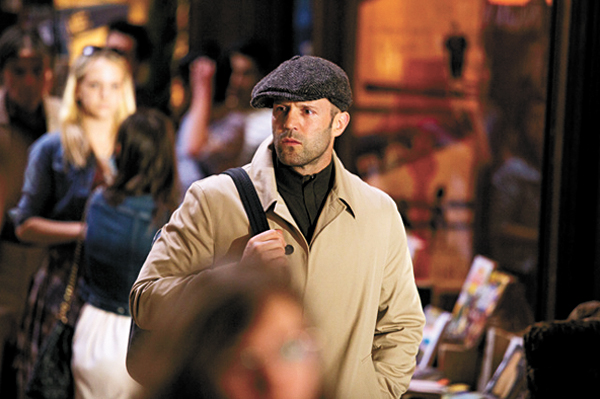 McCarthy, one of the hottest comedy actresses in America right now, plays the lead role of Susan Cooper, a timid CIA analyst who once dreamed of being a cool spy.

During a mission with the top agent Bradley Fine (Jude Law), all of the CIA agents’ secret identities are compromised by nuclear bomb trafficker Reyna (Rose Byrne), except for Susan who has been on desk duty. Susan is assigned the mission of solving the case, but a self-proclaimed top agent Rick Ford (Jason Statham), who does not trust her, goes ahead with his own plan.

The role of Susan seems to be the perfect fit for McCarthy, and with an excellent supporting cast, the film should meet the high expectations of viewers. Also, the writers of Korean TV show “SNL” wrote the subtitles, adding fun and laughs to this action comedy.

Written, produced and directed by Noah Baumbach, “While We’re Young” stars Ben Stiller, Naomi Watts, Adam Driver and Amanda Seyfried, all of whom have firm fan bases here in Korea as well.

Stiller and Watts are Josh and Cornelia, a married middle-aged couple in their early 40s living in New York. They fail to get pregnant while watching all their friends have children.

But then one day, Josh, a documentary filmmaker, meets a free-spirited couple, Jamie (Driver) and Darby (Seyfried).

Josh and Cornelia throw themselves into the hipster couple’s way of life, hanging out with them and feeling as though they are back in their youth.

The film portrays the generational discord between youth and middle-aged people and also encourages viewers to be themselves regardless of how old they happen to be.