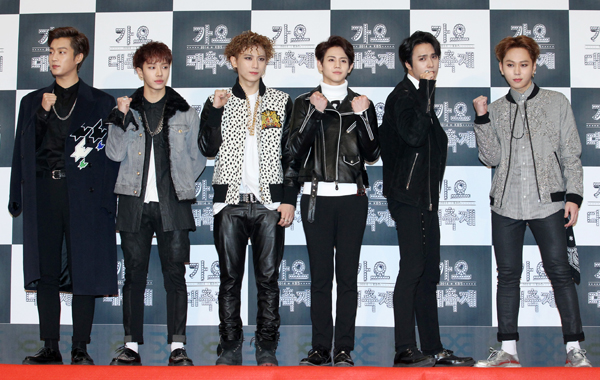 The members held their first event in Yokohama on Wednesday. They met with around 5,000 fans and are expected to get together with around 20,000 in total throughout a 10-day event.

The band will visit four major cities in Japan, including Osaka, Nagoya and Fukuoka.

The boy group, who are currently in the middle of a project in which they have been releasing a new song every month since March gave fans a surprise performance during the meet-up on Wednesday, unveiling the new song “Can’t Wait to Love You,” which is scheduled to be released on May 29.

The final song from the project will be released in October.

Since debuting in 2009, Beast’s members have enjoyed solid popularity not only in Korea, but also in many other countries such as Japan and China.

In fact, the boy band held “B2ST Fan Meeting in Shanghai,” in China late last month, and around 4,000 fans from diverse regions gathered to see the six members.