Uniqlo has teamed up with Lemaire, the private label launched by former Hermes creative director Christophe Lemaire, and Carine Roitfeld, an ex-editor of Vogue Paris, for its new collaboration lines expected to be unveiled in fall.

Christophe Lemaire has previously worked for Lacoste and headed womenswear at Hermes. With his long-time partner Sarah-Lihn Tran, he launched his private label, which is known for its minimalist and elegant silhouette, in 1991. Details on the release date and the number of items that will be in the Uniqlo-Lemaire collaboration are still in the works, according to the company.

Uniqlo said around 40 individual pieces created with Carine Roitfeld will debut in October. Roitfeld was the editor of Vogue Paris from 2001 to 2011 and has also worked as a brand consultant for Gucci, Yves Saint Laurent and Versace.

She is currently the editor of CR Fashion Book, her own style publication, and also works as the global fashion director of the magazine Harper’s Bazaar. 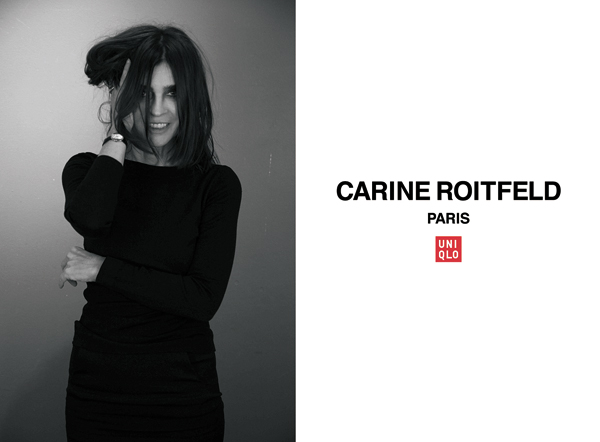 The international specialty retailer of private label apparel brand Uniqlo has previously worked with designer labels such as Jil Sanders and high-end street brand Undercover for its series of collaborative collections.

These lines are most often hot sellers at the stores, as consumers can own items with designer looks at cheap prices.

Uniqlo is a Fast Retailing company brand with a focus on both comfort and functionality. Other Fast Retailing brands include Comptoir des Cotonniers, Helmut Lang and Theory.