‘Film Live’ is all about the music

‘Film Live’ is all about the music 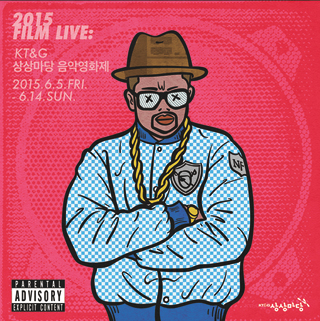 A selection of music movies will be screened at the upcoming “2015 Film Live” festival in the vibrant Hongdae neighborhood in western Seoul.

Eighteen films influenced by music, four of which have hip-hop elements, will be shown at the eighth edition of the annual festival hosted by KT&G Sangsang Madang.

Local hip-hop musician Mad Clown has been chosen to promote the event and will host sessions in which he will discuss the films with the audience at the event.

“Tokyo Tribe” by Japanese auteur Shion Sono will open the festival. The rare hip-hop musical depicts a neo-Tokyo where the city has gone rampant with crime, gangsters and ruthless fighting.

Not a hip-hop aficionado? There are still plenty of other options to enjoy during the festival’s 10-day run.

For example, one of the six sections prepared at the event, “Drum vs. Drum,” will screen two Academy Award-winning movies, “Birdman” and “Whiplash,” both of which contain impressive, drum-heavy music scores.

The festival also provides an opportunity to get a glimpse at a selection of internationally well-received music films that have not been released in Korea yet.

The autobiographical movie about the legendary American R&B singer James Brown, “Get on Up,” will have its Korean premiere during the festival.

The event’s closing film is “Selma,” the historical U.S. film that follows the civil rights movement’s protest march from Selma to Montgomery in 1965 to campaign for African-Americans to be given the right to vote without restrictions.

Co-produced by Oprah Winfrey and Brad Pitt, the film, which is slated to open nationwide in July, won best song at both the Golden Globes and the Oscars for “Glory,” a collaboration between John Legend and Common.

The 10-day festival will take place at KT&G Sangsang Madang Cinema in Mapo District, western Seoul, from June 5 to 14.