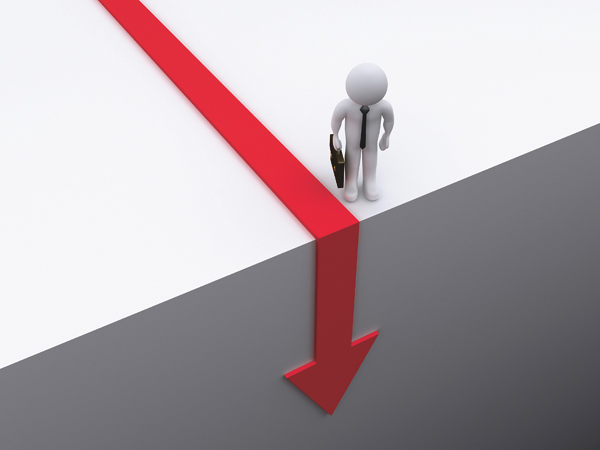 The numbers of IT start-ups surged in recent years in Korea, but nearly half shut down within three years, mainly due to difficulties in financing.

Some of the growth is attributable to the Park Geun-hye administration’s creative economy initiative, which aims to make start-ups a key pillar of the nation’s economy. It expanded government subsidies for start-ups through economy innovation centers and government-led start-up funds. The central government’s budget to support start-ups rose from 1.4 trillion won ($1.3 billion) in 2013 to 1.5 trillion won in 2014 and 1.54 trillion won this year.

When the report compared the flame-out rate of early-stage start-ups in 17 Organization for Economic Cooperation and Development (OECD) countries, Korea was at the lowest level. 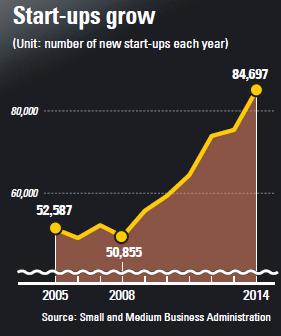 More than 60 percent of start-ups in Luxemburg and Australia survive three years, while only 41 percent survive in Korea. In the famous start-up meccas of Israel and the United States, more than 55 percent survive beyond three years.

The next aim of Korea’s technology industry should be to overcome the so-called Death Valley, which refers to start-ups’ struggles between their third and seventh year, which is when they often run out of cash, the report said. 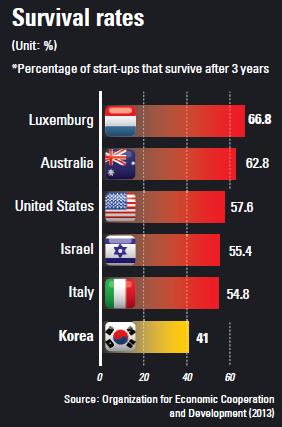 The report said commercial banks in Korea are not keen on lending to such young companies.

According to the Korea Venture Capital Association, start-ups that are at least seven years old receive the most investment from local venture capital firms.

Kim Bo-kyung, researcher at the corporate competitiveness department at KITA’s trade institute, emphasized the government should keep its funding more balanced in order to help existing start-ups continue to expand.

“The government should change its assessment standards to expand funding to start-ups with bright technology prospects,” said Kim. “It also should expand funding to failed start-ups, so that more entrepreneurs start anew with insights gained from past failures.”