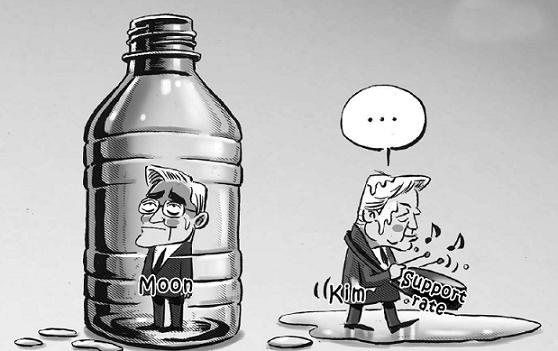 While Moon Jae-in, chairman of the embattled opposition New Politics Alliance for Democracy, struggles with factionalism, his counterpart Kim Moo-sung of the ruling Saenuri Party took the lead over him (22.2 percent vs. 19.5 percent) in a survey among potential presidential candidates for 2017. Kim was doused with water at a commemoration of the sixth anniversary of the death of former President Roh Moon-hyun.