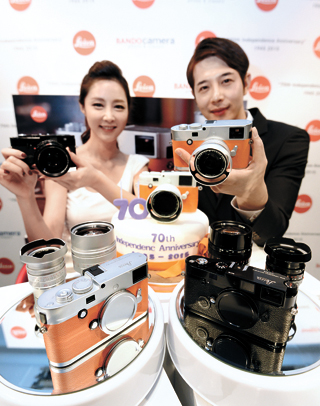 German Camera maker Leica released special edition cameras to celebrate Korea’s 70th national liberation day in August on Tuesday at Bando Camera in Chungmuro, central Seoul. Only 70 cameras are on sale for each of two versions, one in shimmering black and the other in orange leather. The cameras are priced at 38 million won ($34,700). [NEWSIS]