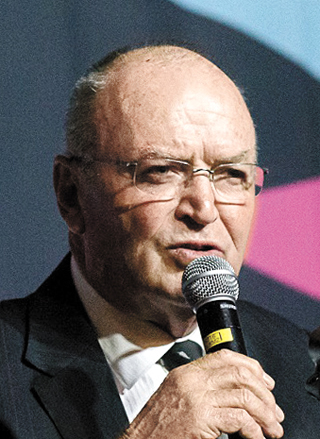 Rugby ranks as one of the world’s most popular sports, but you wouldn’t know it living in Korea. The sport is largely unknown here, and even the nation’s top team, affiliated with Samsung Heavy Industries, is on its way to being disbanded.

But coaching legend Graham Henry, who formerly led the New Zealand national rugby union team - better known as the “All Blacks” - believes that the situation can be improved if young children are encouraged to play more sports in school.

“Sport is good for young people not just helping them in physically, but it gives young people balance in their life,” Henry said in an interview with the Korea JoongAng Daily on May 19.

Henry is considered one of the most successful rugby coaches of all time, leading the All Blacks to 88 wins in 103 matches, including the 2011 Rugby World Cup title.

Before the charity event last Tuesday, Henry met with local rugby coaches and young kids to give some words of encouragement, as well as speak about being a leader and practicing good sportsmanship.

Henry said in order to promote rugby in Korea, the nation should begin with the basics: creating more teams and competitions. According to the Korea Rugby Union, there are only about 60 teams nationwide with no teams in elementary school.

“They should have competitions for different age levels to develop amateur rugby,” he said. “What’s important is introducing [rugby] to young people.”

When asked what makes a good coach, the former Wales and British and Irish Lions coach emphasized having a passion for the game and the ability to create the right environment. Henry said he didn’t say much to his players before games because he didn’t have to.

“Motivation is created by the environment rather than [a person],” he said. “You’ve got to involve players in the team and pass over some responsibility to them.”