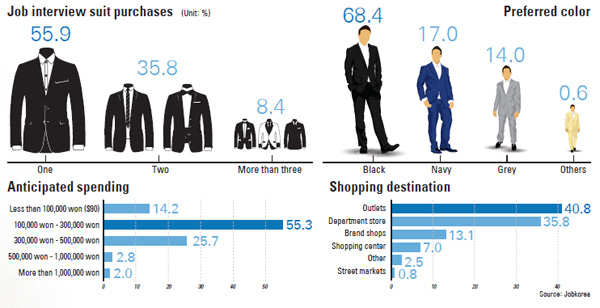 It’s tough to land a job these days, and young Koreans are doing everything they can to boost their chances of leaving an interview employed - even if it means breaking open their wallet for some new threads. 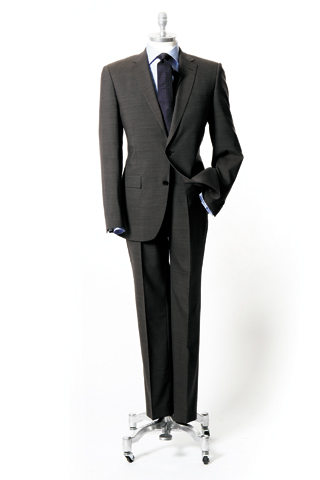 In a survey of 445 job seekers by Jobkorea, more than 80 percent of them said they have already bought or planned to buy a new suit for interviews, with black the most preferred color (68.4 percent), followed by navy (17 percent) and gray (14 percent).

More than 8 percent said they were buying more than three outfits.

When asked why they were buying multiple outfits, close to 42 percent said they were applying for a job in sectors that required employees to dress formally every day and anticipated needing more sartorial options.

About 30 percent said they wanted to wear different outfits to fit the style preferences of the companies they were applying to join.