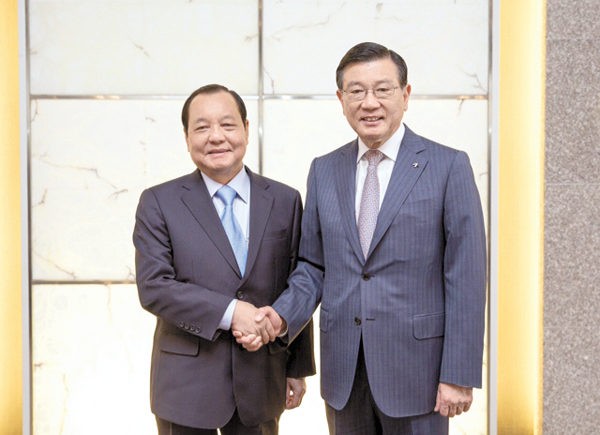 “Since 1993, when Asiana Air became the first Korean airliner to open a flight route to Ho Chi Minh, the Kumho Asiana Group has been actively advancing into the Vietnamese market,” said Park. “We plan to not only expand our investment continuously, but we will lead exchanges and cooperation between the two countries through various social contribution activities.”

Le Thanh Hai, Ho Chi Minh Party Secretary, said the role of the private business sector, along with political trust, played a significant role in not only helping the establishment of a cooperative relationship between the two countries, but also reaching a free trade pact.

He added that he hopes Kumho Asiana Group will continue to develop into a global company and also a company that is respected in Vietnam for its social contributions.

The tight relationship between the Korean conglomerate and Vietnam is well known. In March 2014, Chairman Park received a certificate of merit in Hanoi. This was the first time the Vietnamese government gave a “Prime Minister’s certificate of merit” to a private business.