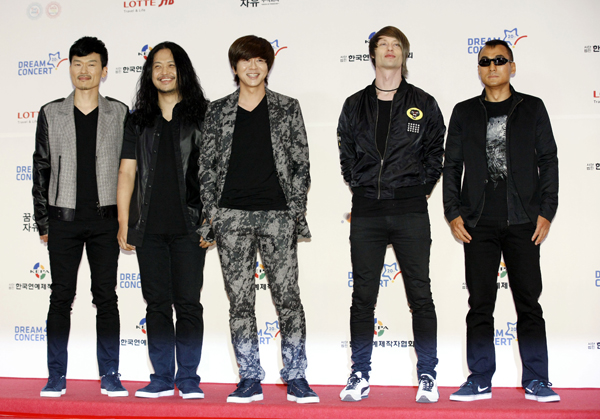 YB, better known as the Yoon Do-hyun Band, will appear as special guests on the Smashing Pumpkins’ acoustic tour.

According to Dee Company, the Korean rock band’s entertainment agency, YB will participate in the alternative American rock band’s performances from June 15, with stops including New York, Pennsylvania and Oklahoma.

YB will stage its performances in English during the concerts.

It is the first time for the Smashing Pumpkins to embark on an acoustic tour since the group was formed in 1988. YB is also the first Korean band to appear as guests at the concerts of such a major band.

“The Smashing Pumpkins have been the motivation for me to continue pursuing my dream as a rocker,” said the Korean rock band’s vocalist, Yoon Do-hyun, according to Yonhap News.

The Smashing Pumpkins, from Chicago, Illinois, have played a major role in leading alternative rock.

The band, which set a record by accumulating more than 30 million album sales, has also been the winner of Grammy Awards under Best Hard Rock Performance category in 1996 and 1997.