For Jeonbuk midfielder, it’s too late for apologies

For Jeonbuk midfielder, it’s too late for apologies 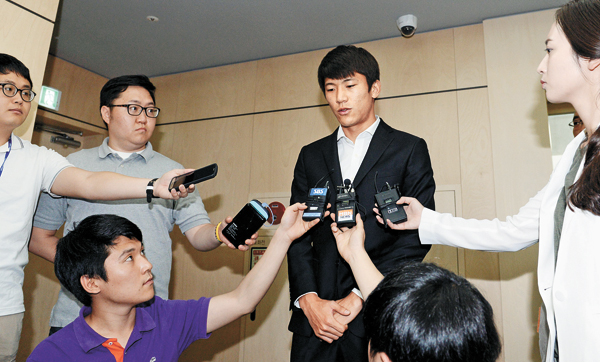 Jeonbuk Hyundai Motors midfielder Han Kyo-won apologizes for his behavior before attending a hearing held by the disciplinary committee of the Korea Professional Football League (K-League), held at Korea Football Association headquarters in Seoul on Thursday.

Han, who made his K-League debut in 2011, was ejected last Saturday after throwing a punch at Incheon United defender Park Dae-han.

With the red card he received in the match - an automatic two-game suspension - Han will not play for eight matches.