Mblaq will release new record minus 2

Mblaq will release new record minus 2 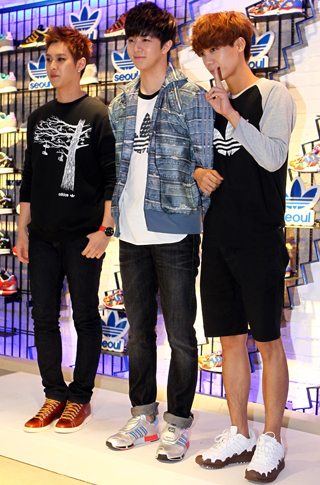 This is the first time the K-pop band has released an official album since members Lee Joon and Cheondung (Thunder) left the group. Mblaq currently has three members: G.O., Mir and Seungho.

“We have put a lot of effort into the upcoming album over the past several months in order to make good music,” the band said through their entertainment agency, according to several domestic media outlets.

“We will do our best to make sure [our fans] don’t feel the absence of the members who left the group.”

Mblaq debuted in 2009 with the single, “Just BLAQ,” which topped various online and offline Korean music charts. Lee Joon and Cheondung (Thunder) officially withdrew from the band in December to focus on individual acting and music projects.