Pianist puts together a musical letter

Pianist puts together a musical letter 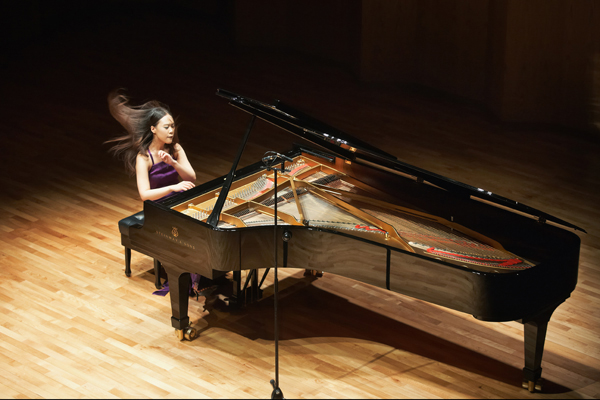 Pianist Son Yeol-eum has compiled the columns she has penned for the weekly JoongAng Sunday newspaper over the past five years into a book.

In “A Music Letter from Hanover,” published yesterday, the pianist shared her thoughts on music through more than 50 articles.

Son has lived in the German city since 2006. She started writing her regular piece for the Korea JoongAng Daily affiliate in May 2010. Its popularity means that the musician was given more column inches, and the feature was moved a couple of pages forward in the paper to draw more attention.

Son says sometimes she feels she’s too addicted to writing, as if she’s an author rather than a pianist. 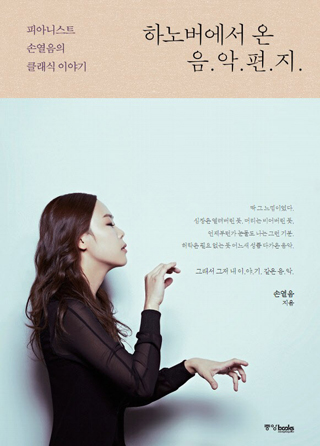 The cover of “A Music Letter from Hanover.”

“I seriously contemplated whether I should stop writing,” she said.

“But I just can’t help writing. I don’t even know why I do this.”

For Son, putting pen to paper is one way to relieve any frustration she might be experiencing as a result of her piano performances.

“I feel like I have total control of myself when I write,” she said.

Performing on stage usually comes with unpredictable possibilities. No matter how hard artists practice, they can simply lose their calm and make a mistake.

Son said that whenever she has been able to present a flawless performance she ends up thinking she was just “lucky” to have delivered it.

She became fascinated by the total control writing gives her as a result.

“Maybe I felt a little tired of the fact that music is a time- and moment-sensitive form of art,” she said.

“It felt like something was being resolved when I wrote.”

Due to the thrill of having this kind of control over a part of her life, Son usually rewrites her piece over and over again.

She said she sometimes edits her writing more than 100 times.

Even after sending out the final version, Son sometimes goes back to the copy and edits it some more.

The musician’s taciturn character has contributed to her increasing love of writing. Her teacher Kim Dae-jin remembers that he didn’t really hear Son’s voice for a while after he first met her. Her mom also said she was very shy and was afraid of meeting people in person.

“If I were to choose between talking for five minutes or writing more than 100 pages on square manuscript paper, I would choose the latter,” she said.

“It would be much easier to live in a society where people communicate through writing.”

The pianist’s ability to write comes from reading a lot. When she was in elementary school she read constantly. She was done with the books published for children her age, so her choices were usually history publications written for adults.

“I liked that I could see the crossover between how people lived their lives and how that also affected them in death.”

Later, Son moved on to Korean literature and then to more of a variety of literary works, especially German ones. She now enjoys reading about psychology and philosophy.