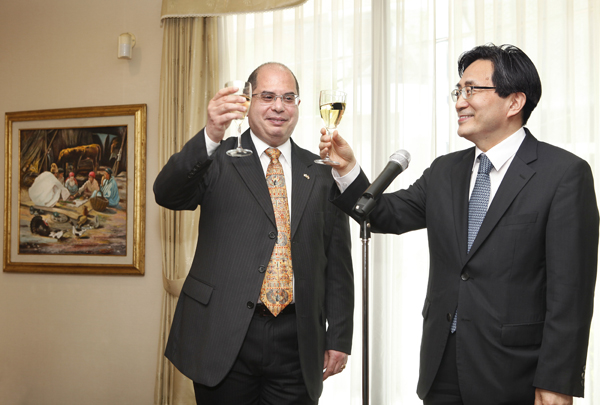 Egyptian Ambassador to Korea Hany Selim, left, raises his glass as Shin Dong-ik, the deputy minister for multilateral and global affairs at the Korean Foreign Affairs Ministry, proposes a congratulatory toast at a reception Thursday at the envoy’s residence in Yongsan District, central Seoul. The cocktail party was held to commemorate the 20th anniversary of the establishment of diplomatic relations between Korea and Egypt. By Park Sang-moon