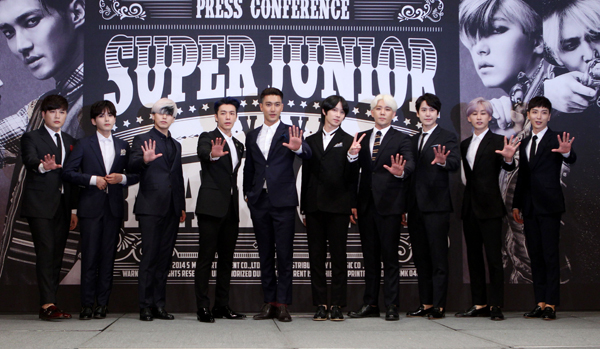 The group’s powerful performance is also set to showcase colorful choreography, according to SM Entertainment, the band’s agency.

The upcoming show is the encore performance to concerts held across Asia, including in Seoul, Beijing and Tokyo. Band member Yesung, who missed the September concert series, is also scheduled to take part in the upcoming performance.

Preorders for the tickets will begin at 8 p.m. on Wednesday on YES24.com. Seats for families can be purchased at 10 a.m. on the same day.

The band’s “Super Shows” - the series of solo concerts the group has held since 2008 - have so far attracted around 176 million people worldwide, firmly positioning them as a leading global act.