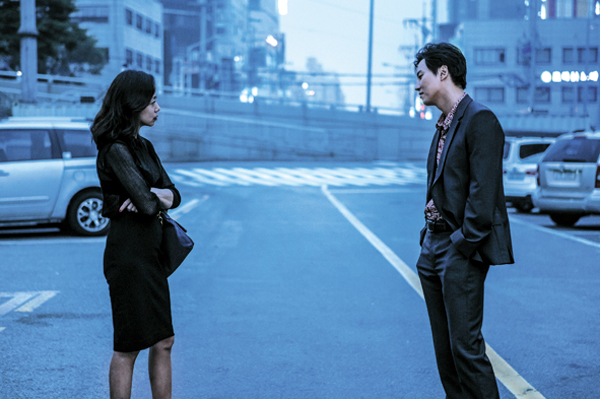 Again, the dark romance film directed and written by Oh Seung-wook was screened at the “Un Certain Regard” section of this year’s Cannes, where the 42-year-old actress was highly praised for showing a superb performance in portraying the female lead, Hye-kyung, a bar madam who dares to risk everything for the man she loves.

Actor Kim plays detective Jae-gon who lets nothing get in his way to solve his cases. He approaches Hye-kyung undercover - a long-time lover of Joon-gil (Park Seong-woong) and a suspect of the murder case Jae-gon is investigating. Unsurprisingly, the relationship between the two heats up as they spend much time together.

Jeon handled the role of the strong, but soft-hearted Hye-kyung quite well.

The film will premiere nationwide on May 27. 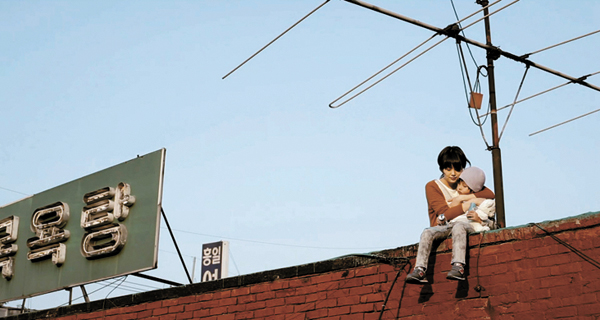 The film, which received critical acclaim in the Korean Competition section of this year’s Jeonju International Film Festival, follows the story of a woman (Kim Go-eun) who was found in a coin locker and raised by a loan shark mob boss named Eomma (Kim Hye-soo), which means “mother” in Korean.

A top actress in Korea, Kim Hye-soo received a lot of press attention for her astonishing makeover in this film after she was given a big belly, gray hair and bad skin. Her character is a cruel woman who never hesitates to kill anyone found to be useless.

Kim Go-eun, one of the most promising Korean actresses in her 20s, plays Il-Young, who never doubted Eomma before she met Seouk-Hyun (Park Bo-geom), whose way of living is totally different from hers.

This film has also sparked interest because two actresses are in the leading roles, which is unusual for a noir film.

The harmony that the two leads have in this female-driven film has garnered much attention.

The film digs into the dark side of modern Korean society - motherhood, loan sharks, a child with a disability and immigration. 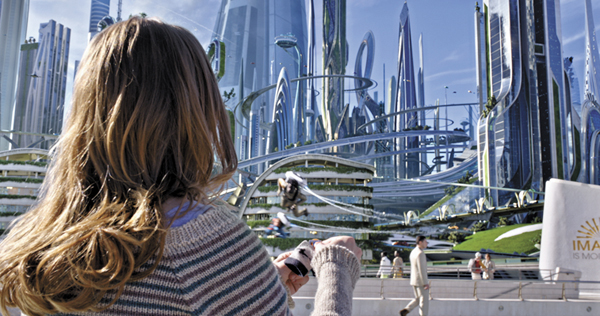 The upcoming sci-fi adventure film, directed by Brad Bird, the man behind a number of hit animations such as “The Incredibles” (2004) and “Ratatouille” (2007), is set to be released by Walt Disney Pictures.

Based on the Tomorrowland area found at the Disney Theme Parks, the film is set in a parallel world in the future, a remarkable place where anything is possible but where chosen people only are given permission to enter.

The plot revolves around a man named Frank (Clooney) who was kicked out of Tomorrowland when he was a child by David (Hugh Laurie). He leads the life of a recluse. One day, Casey (Britt Robertson) picks a mysterious pin, which transports her to the fantasy land when she touches it. Frank and Casey attempt to travel to Tomorrowland and save the future of earth.

With dazzling visual effects and a futuristic story, the film will be worth seeing for every parent, their children and fans of sci-fi.

A film based on the story of Yeonsan-gun, regarded as the most notorious tyrant throughout the history of the Joseon Dynasty (1392-1910), is drawing the attention of Korean viewers again. “The Treacherous,” however, focuses on the disloyal subjects around the king rather than the ruler himself.

Director Min Kyu-dong, pointed out that this new angle will be the real charm of his film.

The movie highlights seemingly loyal advisers like Im Soong-jae (Ju Ji-hoon) and his father Im Sa-hong (Cheon Ho-jin) deceiving and fawning over Yeonsan-gun (Kim Gang-woo) while in pursuit of power for themselves.

The king orders them to bring 1,000 women to serve him as court ladies, which provokes a fierce political power struggle.

Im Soong-jae and Sa-hong find a rare beauty named Dan-hee (Yim Ji-yeon) and train her to seize the king’s attention while Jang Nok-su (Cha Ji-yeon), the femme fatale of the time, calls Seol Jung-mae (Lee Yoo-young) to the palace to prevent them.

Besides the provocative story and scenes, the film has received much attention for its soundtrack and visual effects. 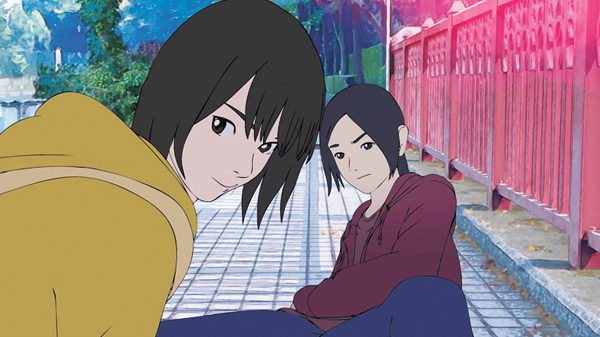 Shunji Iwai, a much-loved director in Korea for his film “Love Letter” (1995) is bringing the animated prequel to his teen romance film “Hana & Alice” (2004) starring An Suzuki and Yu Aoi to screens.

It is his first anime, but the two actresses will reprise their roles from the original live-action movie.

The original begins with Hana and Alice as childhood friends, but the prequel begins at a time before the two met.

Alice, a transfer student, becomes the object of bullying at her new school. While struggling in her everyday life, she accidently hears a rumor about a boy named Yuda from her class who was murdered.

Hana, also a classmate of Alice, refuses to go to school.

Alice visits the mysterious girl and they start their investigation into the world’s smallest murder case.

McCarthy, one of the hottest comedy actresses in America right now, plays the lead role of Susan Cooper, a timid CIA analyst who once dreamed of being a cool spy.

During a mission with the top agent Bradley Fine (Jude Law), all of the CIA agents’ secret identities are compromised by nuclear bomb trafficker Reyna (Rose Byrne), except for Susan who has been on desk duty.

Susan is assigned the mission of solving the case, but a self-proclaimed top agent Rick Ford (Jason Statham), who does not trust her, goes ahead with his own plan.

The role of Susan seems to be the perfect fit for McCarthy, and with an excellent supporting cast, the film should meet the high expectations of viewers. Also, the writers of Korean TV show “SNL” wrote the subtitles, adding fun and laughs to this action comedy. Besides the provocative story and scenes, the film has received much attention for its soundtrack and visual effects.