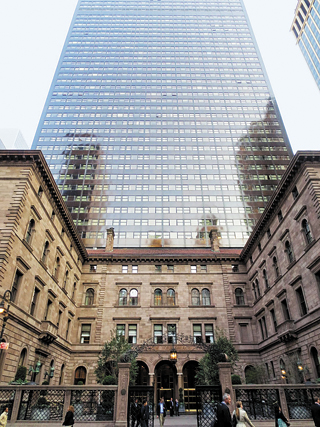 Lotte Group bought the New York Palace Hotel in Manhattan on Friday in an attempt to boost global presence. Provided by Lotte Group

Lotte Group said on Sunday that it agreed to buy the New York Palace Hotel in Manhattan for $805 million from real estate management firm Northwood Investors.

The purchase is seen by many as an attempt to boost its foothold and brand recognition in the global market.

Hotel Lotte, an unlisted hospitality arm and de facto holding company of the retail giant, is entitled to run the hotel after the deal is completed by the end of August.

The New York Palace Hotel has 909 rooms and 23 event halls. Aside from its size, the establishment is considered a major landmark, located near different historic structures like St. Patrick’s Cathedral, Carnegie Hall and Central Park.

The hotel was originally an upscale mansion, a complex known as the Villard Houses, built in 1884. Henry Villard, then the president of the Northern Pacific Railway, owned the building at the time.

Its ownership constantly changed, however, until the establishment was developed into a luxury hotel over a series of restorations on its exterior, including the facade, roof and on its windows.

Its complex history led the hotel to blend the architecture of the storied old mansion on the lower levels with modern hotel accommodations on the upper floors.

Lotte Group appeared to eye the symbolic status attached with the building.

“The deal, valued around 1 trillion won ($898 billion), was made because the hotel has symbolic value, as seen in its location,” said an anonymous source at Lotte Group.

The source indicated that the group’s chairman, Shin Dong-bin, had kept an eye on the hotel ever since he was in New York in the 1980s, when he attended Columbia University for his MBA.

But despite the rosy prospects, some remain doubtful as to whether the conglomerate has put unwanted strain on itself amid mounting concerns over Manhattan’s skyrocketing real estate market.

Over the past five years, apartment cost in the upscale district has shown an average of more than 10 percent growth.

For example, the average apartment price in Manhattan hit a record $1.72 million in 2014, topping the $1.591 million record from 2008, according to a report released by Douglas Elliman and Miller Samuel Real Estate Appraisers. The increase is attributed to robust demand from the wealthy, both in the city and from countries like Russia and China.

Madison Avenue, in particular, where the New York Palace Hotel is tucked inside at its heart, charges some 700 million won per 1.8 square meters. The company said that the acquisition is more in line with its long-term growth strategy, rather than gains from the purchase.

“It has nothing to do with taking advantage of the ups and downs in the real estate market,” the source said, “and more to do with expanding our hotel business in general.”

The acquisition is the latest in a series of Lotte’s global expansion initiatives in the hotel business.