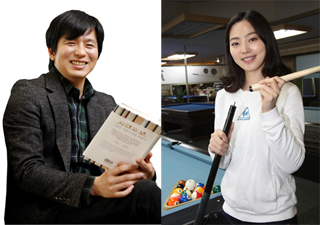 Although there were rumors that Cha was pregnant before the marriage, the agency firmly denied this and claimed that the wedding has been thoroughly planned in advance.

“Cha made her love affair public in October, which succeeded into the couple’s marriage,” said a source close to the sports star. “She is marrying the first person that she dated.”

Cha’s groom-to-be has written various best-sellers such as “Read to Lead,” which sold around 500,000 copies.

The couple’s wedding will take place at a church in Incheon. Cha’s relative is the pastor there.

Cha is a renowned pool player who won gold in the nine-ball singles and 10-ball singles in the 2009 Asian Indoor Games.