Choreographer takes on the ‘perfect’ ballet

Choreographer takes on the ‘perfect’ ballet 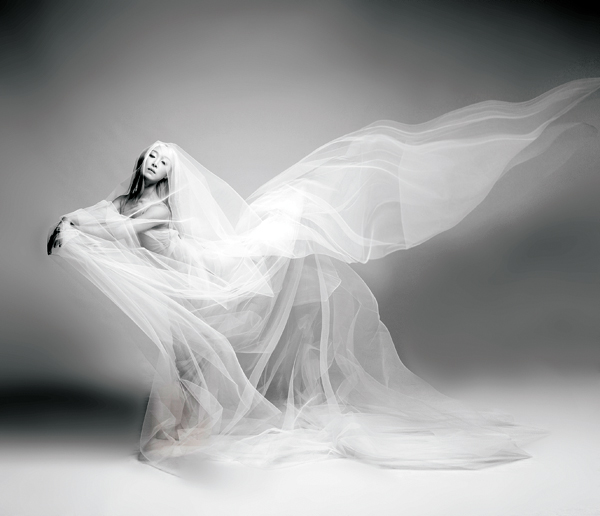 Many classical ballets are reinterpreted by modern choreographers, but “Giselle” is one of the greats that largely goes untouched.

Graeme Murphy, a former Sydney Dance Company artistic director, suggests this is because the romantic production, which premiered in 1841, is a perfect piece in which the music, choreography and set are “glued together and could not be separated.”

Nevertheless, the 64-year-old Australian choreographer gave it a go.

The Universal Ballet Company is staging the world premiere of Murphy’s adaptation of “Giselle” from June 13 to 17 at the Seoul Arts Center in the southern part of the capital.

It is not the first time the choreographer has reinterpreted a classical ballet. The director of the company, Julia Moon, or Moon Hoon-sook, asked Murphy if he could come on board after watching a clip of his version of “Swan Lake,” which was loosely based on the death of Princess Diana and the relationship between her ex-husband Prince Charles and his current wife, Camilla Parker-Bowles.

“I can’t even remember when I watched that video clip,” said Moon. “I was so impressed with how perfectly he reinterpreted the classical work in his own style. That’s when I began to be interested in this choreographer and finally asked him to do one for our ballet company.” 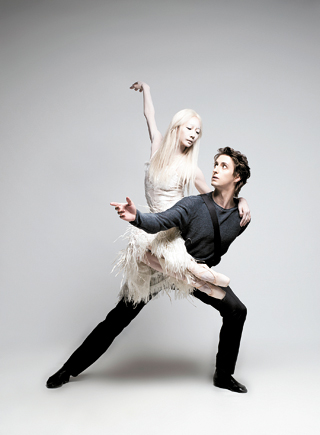 The Universal Ballet Company’s principal dancers Hwang Hye-min and Konstantin Novoselev play Giselle and Albrecht in the opening of the world premiere of Graeme Murphy’s “Giselle” on June 13. There will be four more performances by other dancers. Provided by the ballet company

Murphy, who has choreographed numerous works, not only ballets, but operas, musicals and even films, has always found the story of “Giselle” inspiring. He said he wanted to take on “Giselle” because the elements of love and betrayal and the grief the eponymous lead goes through, continued to inspire him.

The tricky part was how to interpret such a popular classical work that is so embedded in the minds of everyone who sees it, including his own.

Murphy found the answers in the questions that arose while he was watching the classic version.

“The heart of this process of creating this work is not to forget this tradition but to face it from a new direction,” said Murphy.

He was curious about the details behind certain parts of the storyline, such as why Myrtha becomes so evil and what kind of person Giselle’s dad is. The deeper he looked into the work, the more he said he could understand it from a new perspective. 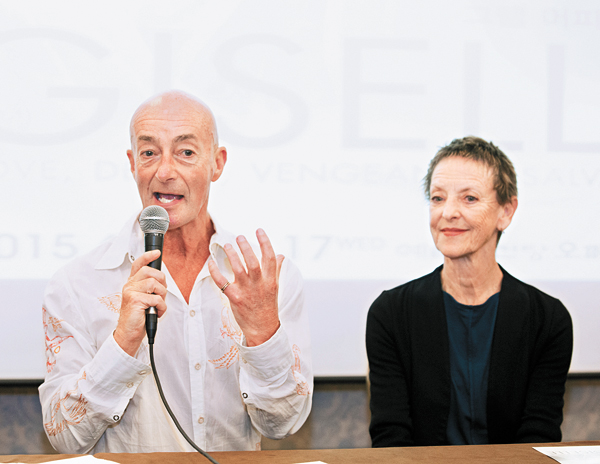 Graeme Murphy, left, and his wife, who has the title of a co-associate director, worked together on “Giselle.”

“I think Myrtha and Giselle’s mother are the two key characters,” said Murphy. “They are almost the opposite of each other.

The choreographer added that he felt the need to give more depth to certain characters.

But this was not the only spin Murphy gave the ballet. He also used a completely new score.

He said he had no plans for new music at first, but when he started, he could not separate the original choreography from the original score.

“When I started to work on [‘Giselle’], every time I heard the original score I could only see the original steps,” he said. “It was as if I was absolutely forced to do the original choreography.”

“For me, as a choreographer, that would’ve been very difficult.

At that point, he said, “I went down onto my knees and asked Julia if I could used a new score, and happily she said yes.”

The change to the music gave Murphy the impetus to completely reimagine the original ballet.

“To do that, I had to rediscover a new vocabulary to tell my story. I had to find a language of dance that is completely different, and I hope the result will liberate the audience to see this great classic with fresh new eyes and perhaps a new spirit and definitely with new energy.”

For the new music, Murphy worked with Christopher Gordon, the composer best known for his scores in “Mao’s Last Dancer,” “Master and Commander” and “On the Beach.”

“I knew his music as he’s a well known Australian composer,” said Murphy. “I heard his symphony at the Sydney Opera House with the Sydney Symphony. I was intrigued. I got to work with him for a movie, ‘Mao’s Last Dancer,’ that I choreographed. I was very aware of his sensitivity to style and his curiosity about foreign instruments.”

Making changes to such a renowned classical work can be risky as audiences are often resistant to seeing something new, especially when they admire the original work. But Murphy continues to take on the challenge of adaptation as he believes it is what must be done to increase the audiences at classical productions.