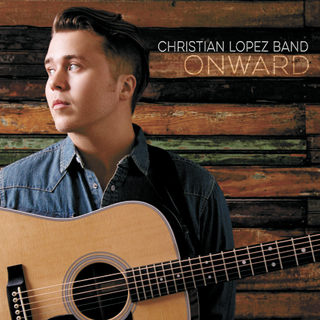 Christian Lopez sings road songs that involve no carousing, perhaps because he is too young to drink.

“Onward’’ is the first long-player from the 19-year-old West Virginian, and it is clear that his home state is not big enough to contain his precocious talent.

The album’s opening verse has Lopez planning his escape, driven by an eagerness to expand his audience while exploring highways and unpaved paths.

The soundtrack for his wanderlust is an adroit mix of contemporary alt-country, gospel and sunny ‘70s pop.

While Lopez shows promise as a songwriter, the album’s highlight is a cover of Hank Williams’ “Oh Those Tombs.’’ This restless teenage traveler knows exactly where he is headed. AP