Film director changes his mind about taking his life

Film director changes his mind about taking his life 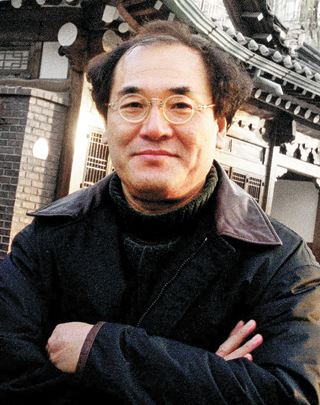 Bae Chang-ho, the influential writer-director who captured the emotional turmoil of adolescence in his hit film “Whale Hunting” (1984), was admitted to the hospital Monday after what police officers have concluded to be an attempted suicide.

But Bae changed his mind at the last minute.

The 62-year-old jumped onto the tracks at Hanti Station on the Seoul Metropolitan Subway’s Bundang line at 5:58 a.m. Monday.

But as a train approached, he moved into the gap between the tracks and station platform.

Bae was sent to the nearby Gangnam Severance Hospital for bruises on his face and stomach. The Suseo Police Precinct said the injuries were not life-threatening.

The police said Monday afternoon it wrapped up its investigation into the case after concluding it was a suicide attempt.

Bae reportedly told officers in the hospital that he has recently been suffering from stress, which led to a sleeping disorder and obsessive compulsive disorder.

“Based on CCTV footage collected from the scene, no one was near him [Bae]. He was alone, and then suddenly fell [onto the tracks],” a police officer said.

There were no signs of attempted murder.

Bae’s family was said to have told the police they knew about the director’s months-long sleeping disorder, but had no clue the situation was so bad that he would attempt suicide.

Family members said they are in “deep shock” and will put him in psychotherapy.

Bae’s directing career dates back to 1982 with his debut film, “People in the Slum.”

He directed nine more movies in the 1980s, including the box office hit “Whale Hunting,” which drew over 400,000 viewers in Seoul alone.

He continued directing mainly low-budget films through the next several decades, but they received lackluster reviews.

In an industry in which a handful of conglomerates control investment, distribution and theaters in Korea, low-budget independent directors struggle.